Due to their in-line layout, AR-15s and similarly constructed semi-automatic rifles require a good degree of space between any optics and the actual top of the gun. Although this may run contrary to the belief that you generally want your optic mounted as close to the bore as possible, the simple fact is, a riser must be used to raise any optic on an AR-15 to make up for the distance between the shooter’s cheekbone on the stock and the shooter’s eye socket.

Historically speaking, due to the modular design of the optics they worked with, most risers were available in various heights and accomplished little beyond affixing the sight to the rifle at the correct height. Vortex has changed all that with their new SPARC AR and Spitfire AR optics. 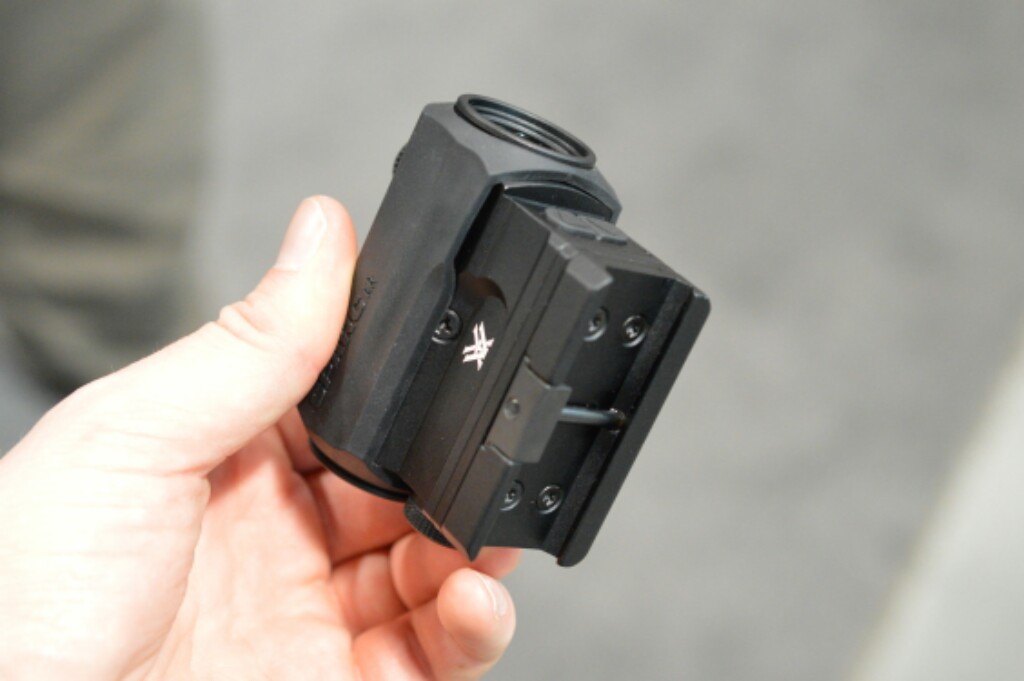 Both the Spitfire AR and the SPARC AR feature rear-mounted controls inset into the riser.

Recognizing that there is now a couple standardized heights at which red dot sights are typically mounted, Vortex has made the riser an integral component of the optic, and then used it as a battery compartment for a single AAA battery. This streamlines the optic body overall, as there is no longer a battery compartment protruding from the side, and also makes it much easier to find a replacement battery. And the battery life? Well, in the SPARC AR, battery life is between 500 and 3,000 hours while the Spitfire AR boasts 250 to 3,000 hours, depending on the level of illumination used. Coincidentally, those battery life figures are identical to those of the conventional SPARC II and Spitfire optics.

Now, while the Spitfire AR has user-selectable red or green dual-ring reticles, each colour only has 5 brightness settings. Additionally, it has a larger footprint, and only comes with a lower 1/3 co-witness mount. But it does have a super-fast, super-easily acquired reticle that features two big rings around a single 2 MOA dot; the same reticle that’s used on its simarly unmagnified, conventionally-powered Spitfire optic cousin. 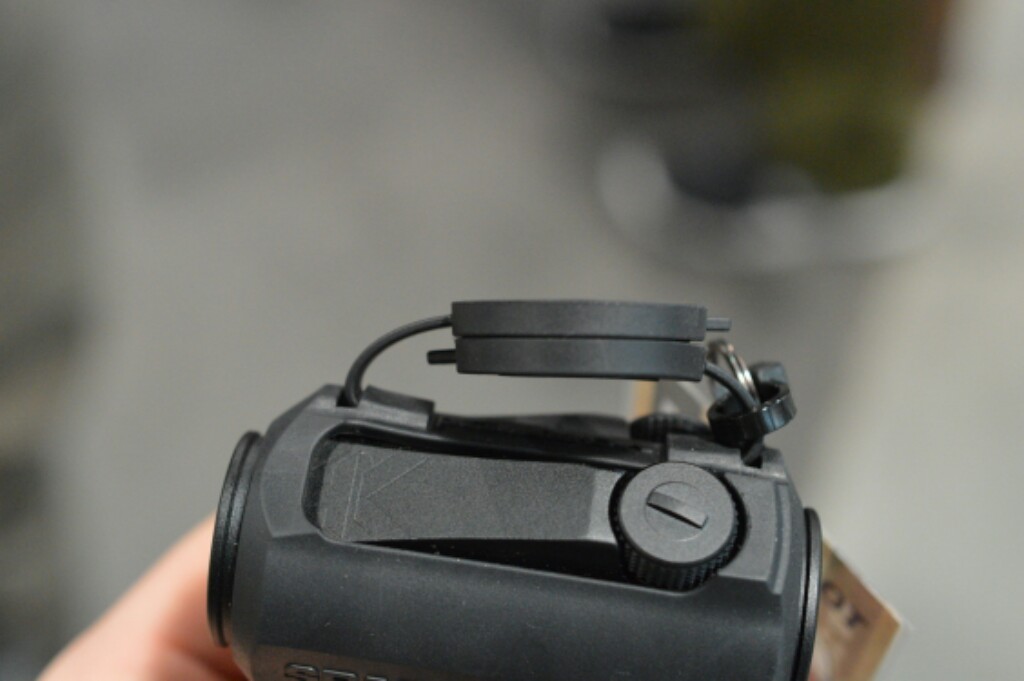 The SPARC AR’s adjustments are buttressed for strengh, the lens caps snap together, and the entire body is sheathed in rubber. Smart design.

The SPARC AR, conversely, is much smaller, comes with two mounts for either a 1/3 lower or absolute co-witness mount height, and has ten brightness settings. Of course, being a SPARC, it doesn’t have an actual reticle though and offers only a single 2 MOA red dot.

But both optics feature substantially smoother and less obtrusive bodies, and the SPARC AR actually comes fitted with a great little rubber sheath to protect its body as well as tethered rubber lens caps that conveniently snap into one another when not in use. The SPARC’s turret covers are also buttressed to protect them in the case of a drop or other impact. Also, they both feature rearward-facing illumination controls as opposed to either side-mounted buttons or dials, which further cuts down on the overall size of the optic. 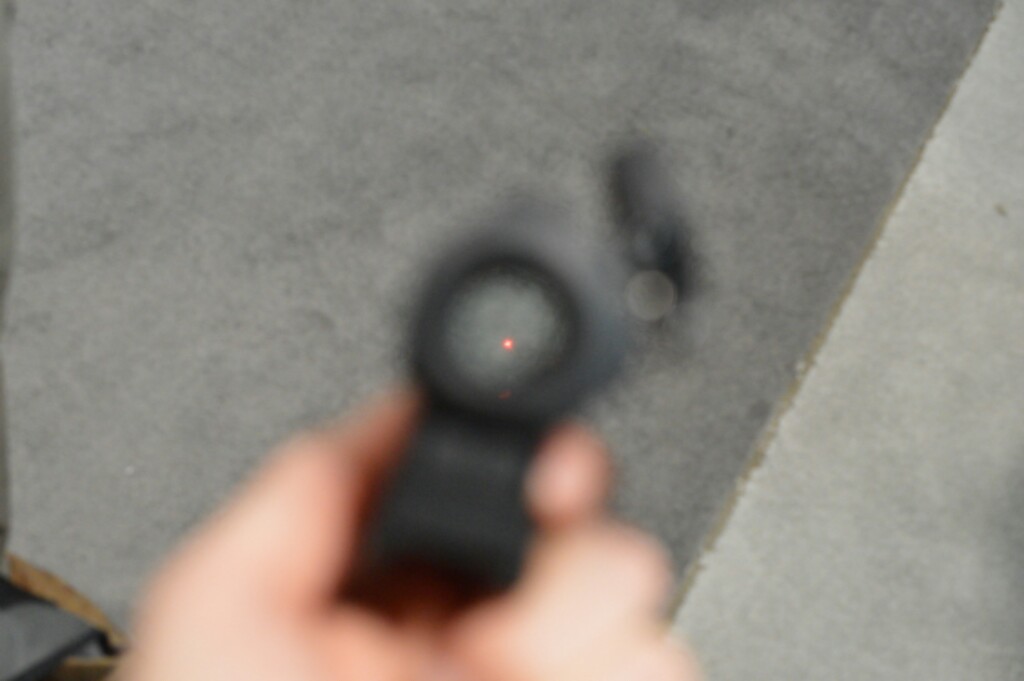 The Vortex SPARC AR has a 2 MOA red dot, and features an even smaller body than before.

Due to both being relatively similar unmagnified optics, we personally are more excited by the SPARC AR since it offers a lot in a much smaller package (and one that’s more smartly designed to boot), but if Vortex were to expand the Spitfire AR line to include the excellent 3x model (with that awesome EBR-556 reticle), we’d be singing a different tune.

Both are being offered at the same US MSRP as their conventionally-powered and -mounted siblings, so we expect Canadian pricing to mimic that of the standard Spitfire 1x prism and SPARC II optics, with most retailers selling them for about $400 and $320, respectively. However, we expect both will be quite popular products, so quantities will be limited at least for the foreseeable future.