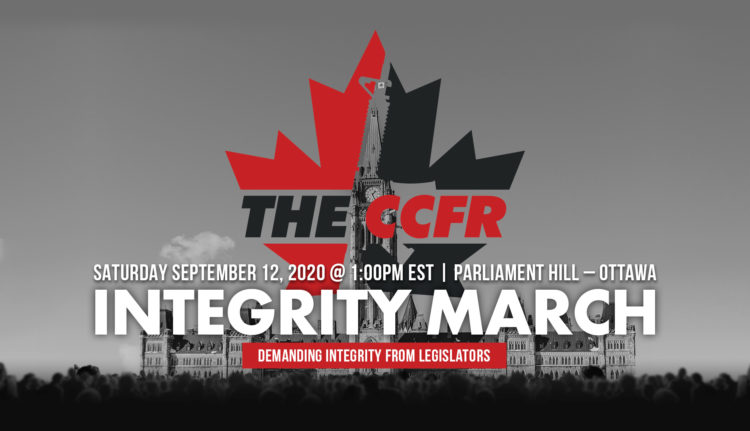 So, for gun owners who were paying attention, there was a march at Parliament Hill on September 12. The marchers were protesting this spring’s Order in Council which banned a wide range of tactical and sporting rifles and shotguns. . In the aftermath, there are curious differences between media reports on the rally.

The Canadian Coalition for Firearms Rights (CCFR,) organized the march. Officially, it was called the Integrity March, and not a protest, as the organizers said “The CCFR believes that protests carry inherent risks.” Instead of an angry confrontation, the CCFR said the goal was  “to draw attention to our cause, motivate and unite gun owners and provoke a conversation about the injustice and ineffectiveness of gun bans. The march also gives gun owners an opportunity to show Canadians who they really are; we are your friends, your colleagues and your neighbors.”

In the days since, two narratives have come out in the media. One message, as seen from Global News and in Canadian Press articles, quotes the Parliamentary Protective Services as saying 800 people attended. The CBC uses that number, but also points out the CCFR said thousands of people were in attendance. The Toronto Sun seems to think thousands showed up. So how many people were really at Parliament Hill?

Well, according to the CCFR, as many as 5,000 people showed up. Even if they over-estimated by as much as 2,000 attendees, a significant error, we’d still be left with maybe 3,000 protestors. That’s still almost four times the official number that news orgs are reporting.

How’d this happen? There are multiple possibilities, but back when I was a journalism student, instructors taught us how to estimate attendance. The reason was simple. If there was an event where a political candidate, CEO or some other person was trying to flim-flam the reporter for their own ends, you wouldn’t be fooled. So, there should have been a reporter on-scene that was capable of doing this basic guesstimate. Indeed, there was a camera crew from CBC on-hand.

If you want to guess how many people were there for yourself, there’s footage of the event on YouTube, like this bit here, or several clips from The Rebel. Does it look like attendance under-reported? If so? Why?