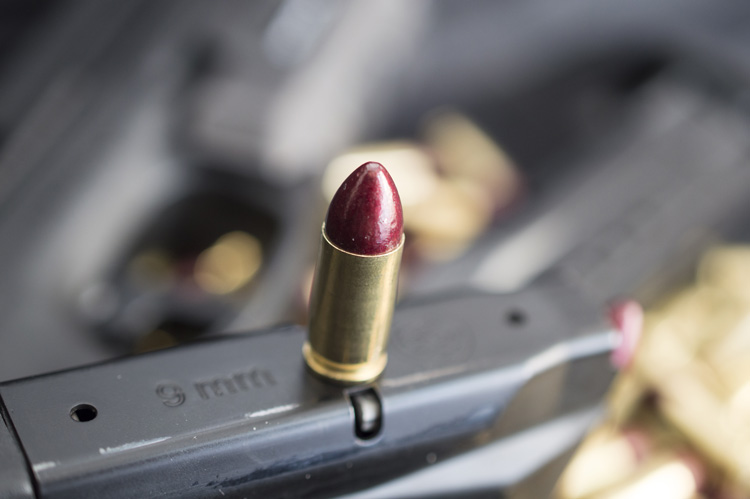 When it comes to handgun ammunition, especially target ammunition, there really isn’t a whole lot of “new technology.” Besides the recent push towards lead-free ammunition, generally speaking, we’re still shooting the same ball, jacketed ammunition that’s been fired from handguns for decades. After all, if it ain’t broke…

Unfortunately though, with the price of copper, lead and just about everything else going through the roof, manufacturers and creative reloaders have been eager to find a way to drive down costs. With cases being reloadable, and both powder charges and primers still coming relatively cheap, they looked to the most expensive component in order to find the maximum savings: The bullet.

Now bullets are simple things. In the case of the average handgun round, they’re cast lead shapes that are then gilded with a thin copper jacket. That jacket is designed to protect both the gun and the bullet; the former by preventing the buildup of lead in the rifling and the latter by preventing the erosion of the projectile as it proceeds down the barrel.

XMetal Targets is using a new process though; one that trades copper for an easily applied heat-cured coating that accomplishes all the same things you’d expect of a conventional copper-jacketed round and then some… and does so at a slightly reduced cost. 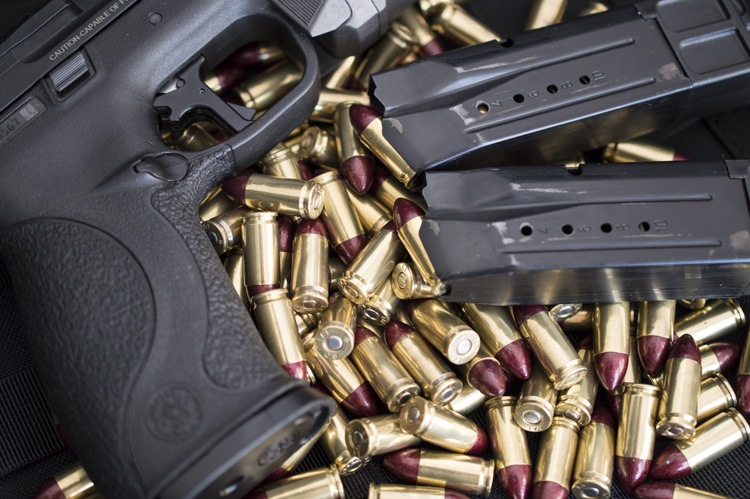 Beginning with a bullet cast from a certified 92/6/2 (92% lead, 6% antimony, 2% tin) alloy, XMetal Target’s Hi-Tek bullets are then coated with a light powder concoction (a process obviously known as powdercoating) and then placed in an oven at high temperature. As the light powder coating heats up, it liquefies, and then hardens. The result is a resilient, thorough coating, not unlike a copper jacket.

To test this novel new approach to bullet manufacturing, we tested some of XMetal Targets’s 124 and 147 grain 9mm ammunition, for both reliability and accuracy. Using a variety of pistols ranging from Browning Hi Powers of various ages to Smith & Wesson M&P9s and Glocks to a CZ Shadow 2, we were quite pleased with the results.

First off we had no trouble with any of the guns with regard to reliability. In fact, due to the slightly higher lubricity of the powdercoat over conventional copper jackets, if anything they chambered rounds more easily as the slippery bullets more willingly nosed their way up the feeds ramps and into the chambers.

In terms of the shooting experience, we will admit they smell a bit different than you’re used to, probably due to the powdercoat heating up in the barrel. Likewise, we found them slightly smokier than our usual Remington UMC or CCI Blazer Brass bulk ammo, but that could be chalked up to any number of factors. One thing we definitely can say is that they shoot quite accurately. Our service pistols are relatively blunt instruments with even the best ammunition, but we did notice that specifically the 147 grain loads did group very nicely from both our old fine blade front-sight equipped Browning and the already-very-accurate Shadow 2. Compared to our conventional copper coated 124- and 147-grain loads, we found the XMetal ammunition improved our 5-shot 25 metre grouping sizes by as much as a half inch, and also found them both to shoot a bit flatter. Stretching out to 75 metres, we didn’t find our holdovers to be quite as extreme as those required by conventional copper-jacketed ammunition.

After we’d gotten home from the range and set our pistols up at the cleaning bench, we made the second pleasant discovery associated with shooting powdercoated ammo: It’s clean. Crazy clean. Compared to conventional ammunition there was noticeably less junk stuck in the rifling, and even less unburned powder to be found around the breech. That’s due to the lubricity of the bullets. By passing through the barrel with less resistance, they leave less of themselves on the rifling, and require less powder to get downrange… so, you get less stuff in the barrel and less unburned powder in the action!

Which brings us to the price. Although we couldn’t find any appreciable way in which this ammo doesn’t seem to match up with or best conventional bulk ammunition, due to the ease of powdercoating bullets rather than jacketing them, it’s actually marginally cheaper than jacketed ammo. For example, the 124-grain offering, when ordered in our preferred quantity (1,000 rounds), costs $274 through XMetal Target’s online webstore. Their copper jacketed 124-grain ammunition is $285. Now, that may not seem like much, but when you’re shooting large volumes those are precisely the sort of savings that can add up. But, if you want to give it a try without committing for a full 1,000 rounds, XMetal sells quantities as low as 50 rounds, and also sells the Hi-Tek coated bullets alone for reloading.