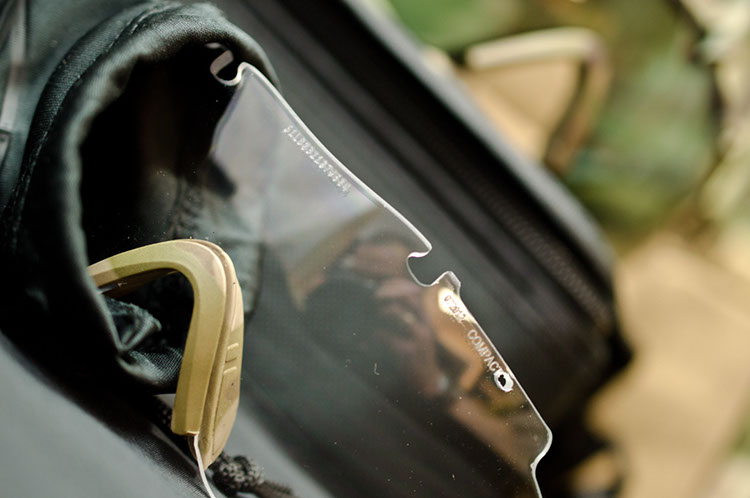 Shooting, as a sport or a hobby, actually requires a minimal amount of gear. With little more than a gun and a target, one can technically call themselves a sport shooter… but of course, that’s rarely the case, and for good reason; while we all may all get our start in this hobby under such austere pretenses, it doesn’t take long before we’ve drunk deep from the Kool Aid and find ourselves shopping for ever more expensive gizmos, gadgets, and guns to enrich the shooting experience. And whilst the majority of those gadgets are little more than precisely that; gadgets, there are two items we consider to be absolutely indispensible: eye protection, and hearing protection. Here, we will examine an example of the former, known as the Smith Optics Aegis Echo glasses. 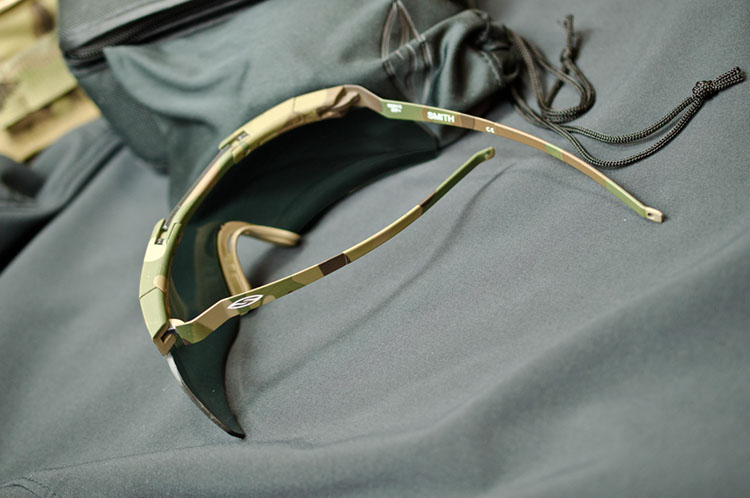 One of Smith Optics most popular “tactical” glasses, the Aegis Echo is an evolution of the older Aegis (as in, Aegis without the Echo) model, and replaces the thicker plastic arms of the Aegis with thin metal ones. Now, this doesn’t do much if anything to decrease the weight of the glasses nor does it dramatically increase the strength of the product, but does allow the Aegis Echo arms to fit smoothly under the earmuffs of your chosen over-ear hearing protection. This has made them quite popular amongst sport shooters and professionals alike, as they simply have less bulk to get in the way of helmet straps and other head-borne equipment.

Available in two sizes, standard and compact, the Aegis Echo comes with either a grey smoked lens and a clear lens (as is the case with the “Field Kit” we purchased… yes, purchased), or a grey smoked, clear, and yellow tinted lens in what’s known as the Deluxe kit. Furthermore, you get a nice microfibre bag to contain unused lenses, a soft-sided hard case, and a cleaning cloth impregnated with an anti-fog solution. Finished in the optional Multicam coating, our kit carried a price tag of slightly over $100, with the standard black or tan tones reduce the price to just under $100. 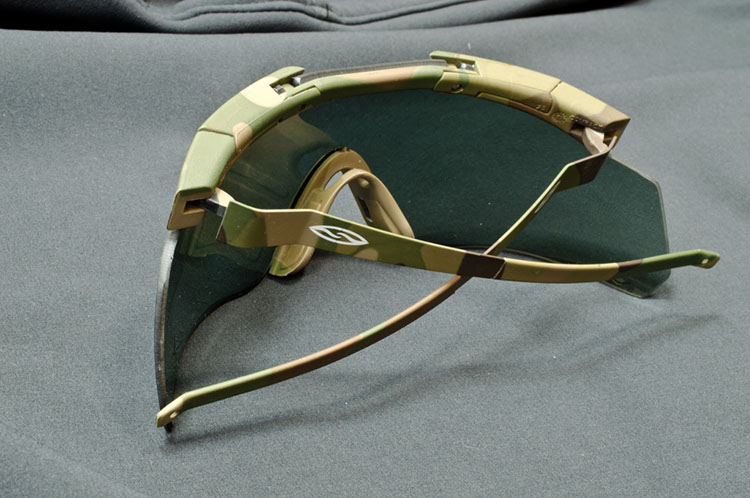 Now, we’re not going to blow smoke here; that’s certainly not an insubstantial sum of money for a pair of sunglasses. In fact, we’ll freely admit the Wiley X Saber Advanced glasses that these replaced cost nearly a third of what these Smith Optics glasses cost, and meet all of the same US military safety standards… so why are the Aegis glasses so expensive? In short, because they do as much with much less. The lenses on the Smith Optics glasses, for example, are roughly half as thick, while still meeting all the same safety standards. And that means they weigh less, which in turn means that on a hot day at the range, they won’t always be sloughing off your sweaty face. Gross image, yes, but entirely true… trust us. And in that regard, the Aegis Echo’s certainly do their job. Having worn them on a few outdoor workouts and range events, the Echo’s nosepiece kept the glasses from sliding down, regardless of how sweaty we got.

Another nice feature of the Aegis design is the manner in which lenses are swapped. While some brands use a simple clip-in, clip-out friction fit, Smith Optics uses a pair of rotating levers that actually lock the lens in place and are much easier to use. They also ensure a much more secure lens fitment, since they engage a much larger notch on the lens, and as such prevent the lens from being popped loose accidentally by absolutely anything. 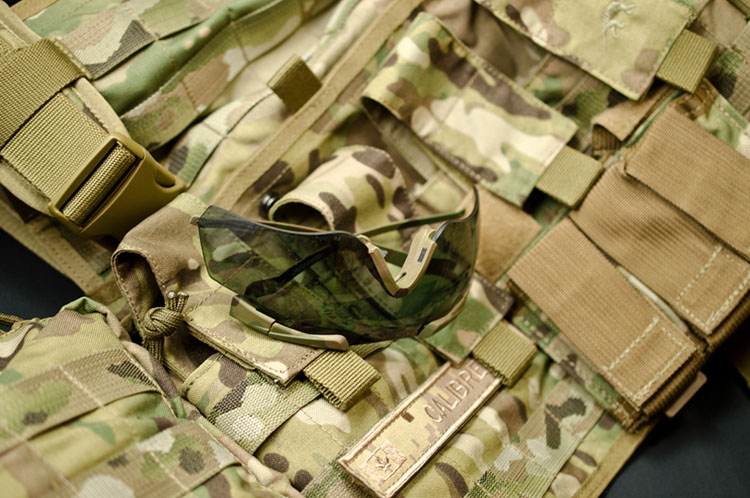 However, if we’re honest, beyond the hinged lever lock lens retention system and the durable and lightweight lenses, the Aegis Echo’s don’t provide much in the way of refinement. The arms, made of thin steel, were nowhere near parallel on our testers and required some twisting to get to fit properly. Furthermore, the rear of the arms have been covered in what appears to be heat shrink tubing prior to being coated in the decent Multicam finish; we’re assuming in order to prevent the thin metal arms from slowly sawing into the tops of the wearer’s ears. A noble cause, as we’ve grown quite attached to our ears, but not carried off too nicely at the semi-unfinished ends of the arms. We also think they’d benefit hugely from a small application of silicone on the inside of the arms, as we did have problems with the glasses falling off while doing push-ups or any other activity that had us looking straight down.

But for all those foibles, the Smith Optics Aegis Echo glasses do a great job of filling the niche between the cheap Wiley X entries into the market, and the higher-end glasses made by folks like Oakley. Providing many of the same benefits as the more expensive Oakley offerings with regard to protectiveness and weight, there’s no debating the fact that the Smith Optics glasses simply aren’t quite as well made nor do they have the same variety of lenses available. But then again, they’re a fraction as expensive as some Oakley glasses, just as the heavier and more balky Wiley X glasses are exponentially cheaper still. This makes them great for the person that puts function over form. Sure we can say they’d be better with some grippy silicone on the arms, but they work with heat shrink tubing, and it’s undoubtedly one of the measures Smith uses to keep the Aegis Echo’s cost down. Likewise, we appreciate Smith spending the money on the lightweight but protective lenses, and the nifty lever-lock lens retention system, since those are actual features that make them much more useable. Overall, this makes them a smart buy for the guy that wants good glasses, on a budget.