Shot Show is six days away and we’re taking a look at some of the guns and gear we’re most interested in playing with once the show kicks off.  On today’s docket is the Chiappa Kodiak Cub takedown .22 lever gun.

This jumped off the page at us because we had so much fun with Chiappa’s .44 magnum lever guns last year, one of which was a stainless takedown with what we assume from the description is very similar furniture and hopefully similar craftsmanship.  You can take a look at that review here.

The new rimfire edition features what Chiappa are calling soft synthetic stock and forearm; this sounds like the same stuff that came on the .44, which was excellent.  The takedown system is different, so we’re not sure exactly what will carry over from the big brother, but the major components are hard chromed, including the barrel, bolt, receiver, magazine tube, lever, and hammer. 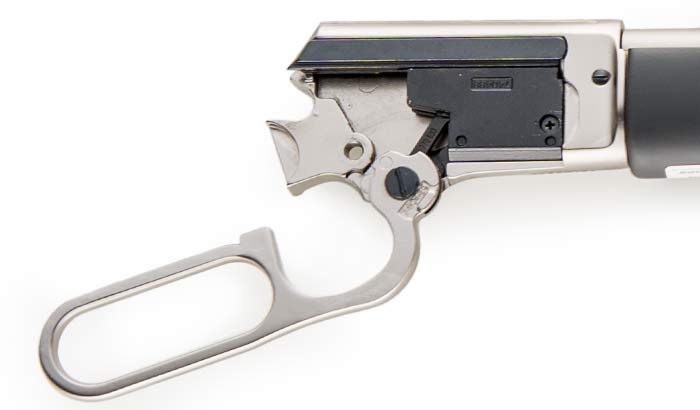 Sights are adjustable and the receiver is drilled and tapped for scope mounts; the magazine holds 15 rounds and the whole package weighs in at five and a half pounds empty.  The takedown mechanism splits the receiver lengthwise, shrinking the overall length to 25 inches.

MSRP on the mini lever is $809 USD; that puts the landed price in Canada likely well over a thousand dollars, but unfortunately that’s the new reality with a 70-cent dollar.  But if the .22 version is as nice as the .44s we fired, this little pack rifle may be tough to pass up.