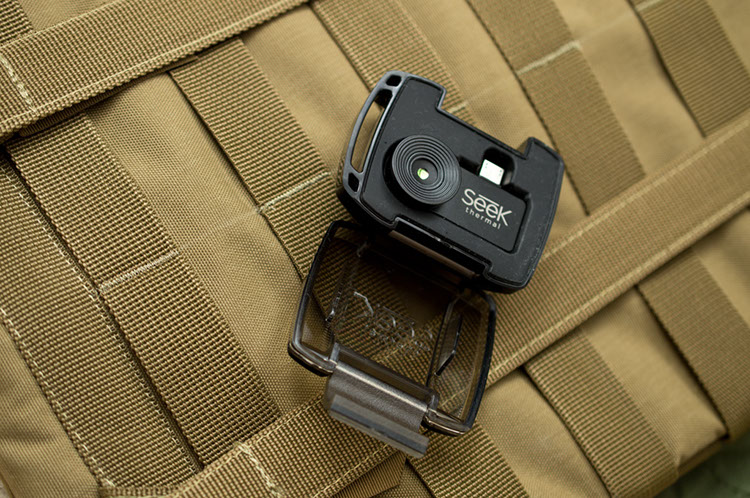 And from out of left field to join our selection of neat gizmos and gadgets comes this: the Seek Thermal imaging camera. We actually found this device online by pure happenstance while shopping for new tablet cases (long story), and although it’s not yet being actively marketed as such, we’re convinced this may be the must-have item for a lot of outdoor guys this year.

So what is it? Well, it’s a tiny little digital camera that plugs into the charging port of your iPhone or Android smartphone, and allows you to take thermal images. These images record infrared radiation and, although the ensuing photos look cool, they are actually intended to be used more as tools than toys. So instead of thinking of the Seek camera as a camera, think of it more as a visual thermometer capable of recording spot temperatures, and highlighting differential temperatures. This is precisely why the Seek app that comes with the camera has functions beyond the simple taking of still thermal images. These additional modes include displaying the temperature in the middle of the screen, displaying the highest and lowest temperatures in the field of view, and only displaying objects above or below a chosen temperature threshold. 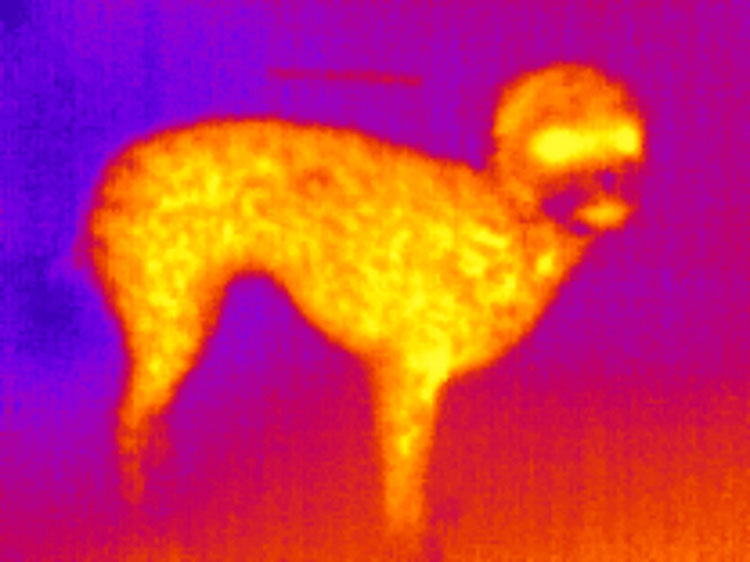 If we’re honest, we can’t come up with too many reasons why this is a valuable device for the average shooting enthusiast. A Thermal Imaging Camera is a great tool! Granted, we have used it to see some really cool muzzle flashes and getting neat pictures of rifle barrels heating up from the chamber and cooling at the muzzle-end. However, this device is absolutely awesome for the outdoorsman. Coming in a water resistant case, being quite small, and constructed of aluminium it’s not overly delicate and for those that’ll find themselves passing time in a tree stand or other static position it could be incredibly handy for spotting game. And should you ever find yourself tracking something after taking a shot, fresh blood trails will show up clear as day through the Seek’s thermal camera. But its uses extend beyond hunting too. Lost a dog or a cat? Drive around and have your passenger point this out the passenger window and they won’t be lose for long. Into doing wildlife photography? Stop scanning the bushes for animals that have spent 1,000s of years developing natural camouflage and just look for the bright orange spot on the screen! Heard a weird noise outside your tent? Find out just how big that bogeymen bear is without shining a bright light in his face. And let’s not even get into the uses for this thing besides outsides the outdoors; this thing can be used to diagnose everything from automotive problems to plugged plumbing.

So, how much is it? Well, thus far we’ve only seen it available directly from Seek, who are charging $199 for it. If that sounds expensive to you, consider this: The FLIR One, which does much the same thing but is incorporated into an iPhone case for the 5 and 5s models only, costs $349 and boasts a maximum thermal resolution of just 80×60 pixels as opposed to the Seek Thermal’s 206 by 156 pixel sensor. So, given the Seek captures roughly twice as much actual thermal data, and will work with any device that has a micro USB port, it’s not a bad price for technology that just a few years removed from being pure science fiction.