It never fails. You’re at the range, after a week’s worth of hard work and diligent scheduling, and you’ve just settled into a rhythm. The gun’s working flawlessly, you’re pounding through rounds, and as you stare through the scope you think to yourself, “damn, that’s a decent group.” 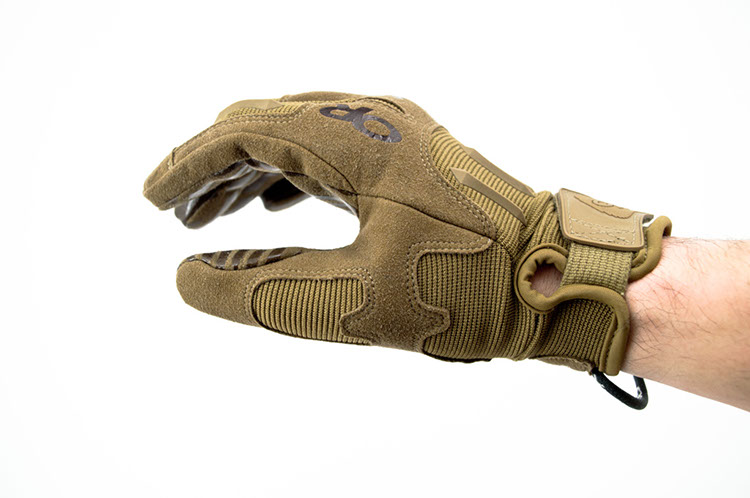 And then it happens. You load a round into the magazine and your thumb slips, you rack an action with your grip a bit too high, or maybe you’re that poor SOB that somehow gets stabbed by his own staple gun. But it happened, and now your hand is throbbing, your finger just will not stop bleeding, your shooting’s gone to crap because you’re trying to keep your still(!) bleeding finger from turning your beautifully finished pistol into something that looks more akin to a murder weapon lifted from a scene in CSI: Miami.

Yeah, we’ve all been there… in fact, for most of us, it’s happened at least a few times. Which is why we wish we’d discovered these Outdoor Research Ironsight gloves a few years ago. Billed by the manufacturer as a “quick drying, highly breathable combat glove made with very dexterous and supple synthetic leather for solid grip of weapons,” we got them from Rampart International (who offers a discount to Calibre readers as well with the coupon code in their ad), and they carry a price tag of just $39.

That makes them some of the cheapest “combat” gloves on the market, which, when combined with Outdoor Research’s “Infinity Guarantee” that guarantees all Outdoor Research products literally forever, makes them quite a steal. Now, we did put the term “combat” in quotations for a reason there. These gloves, while great, do not provide adequate protection for those working in a theatre of operations. There is no knuckle reinforcement nor are they fire-retardant, and both of those are features we would highly suggest to anyone so employed, as do most militaries. 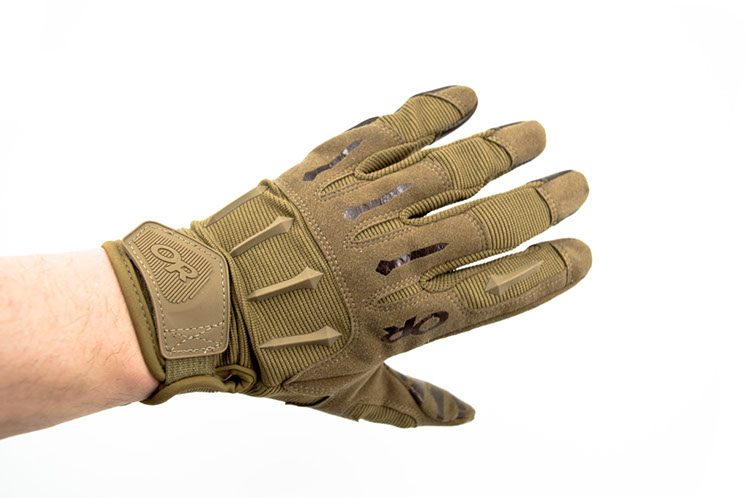 What these are though, are great affordable gloves for the enthusiast and practical shooter. Providing enough protection to fend off most cuts and bruises, they’re still light and breathable enough to be worn in warmer weather, and have the added benefit of increase the amount of grip available by quite a decent amount. They do this, obviously, with a pattern of silicon grip strips adhered to the palms. Easily cleaned and providing a ton of grip on damned near everything, we actually found the hardest part of wearing these gloves was getting around just how sticky their palms are; once you have your hands on something it is bloody hard to adjust your grip! However, we’d say the benefits far outweigh the negatives there, as these things do a great job of turning even wet and slippery magazines and pistols into something so secure that they feel like an extension of your arm.

And they fit great too. Much like motorcycle gloves, these Ironsight gloves are manufactured with a slight pre-curve to their design, so they feel very natural around a pistol grip or fore end. This also means there’s no bunching in the palm. Being someone that fits medium gloves from pretty much every other manufacturer of gloves from Burton to Alpinestars, the medium Ironsight fit like… well… a glove. The fingers are exactly the right length, and the width around the palm is perfect; tight enough that there’s no excess material but not so tight that they are restrictive. Oh, and the little loops at the bottom? Those are to help pull them on, and they work absolutely great. Why every pair of gloves doesn’t have that feature yet is a mystery. 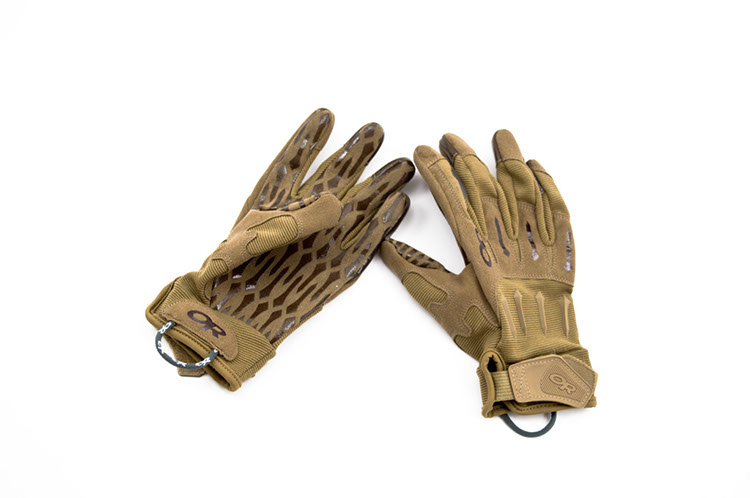 However, for as well as they are designed on the whole, there is one area that seems like it was overlooked: the wrist. Fastened by a shapely Velcro strap across the back of the wrist, we’ve noticed that the hard plastic hooked portion of the wrist closure has a propensity for flipping over when you toss them down, and the plastic Velcro pad subsequently grabs onto the synthetic weave on the back of the glove. When you extricate the Velcro, it pulls away some fibres from the gloves, and in our short test period we already found some pretty serious fuzzing going on there. If these things are going to fail, it’s going to be there, when the Velcro accidentally tears away just a few too many fibres.

Then again, who cares? They’ve got a warranty that’s literally good to go until doomsday! And that’s definitely a big part of their allure. Manufactured by one of the most well-respected outdoor brands extant, these things were designed and produced by people that know a hell of a lot about gloves and outdoor gear, and that aren’t afraid to stand behind their product. So do yourself a favour and get a pair, because with Outdoor Research’s Infinity Warranty and a price tag of just $39 (don’t forget that coupon code on top of that), these things are cheaper than a lifetime’s worth of Band-Aids.