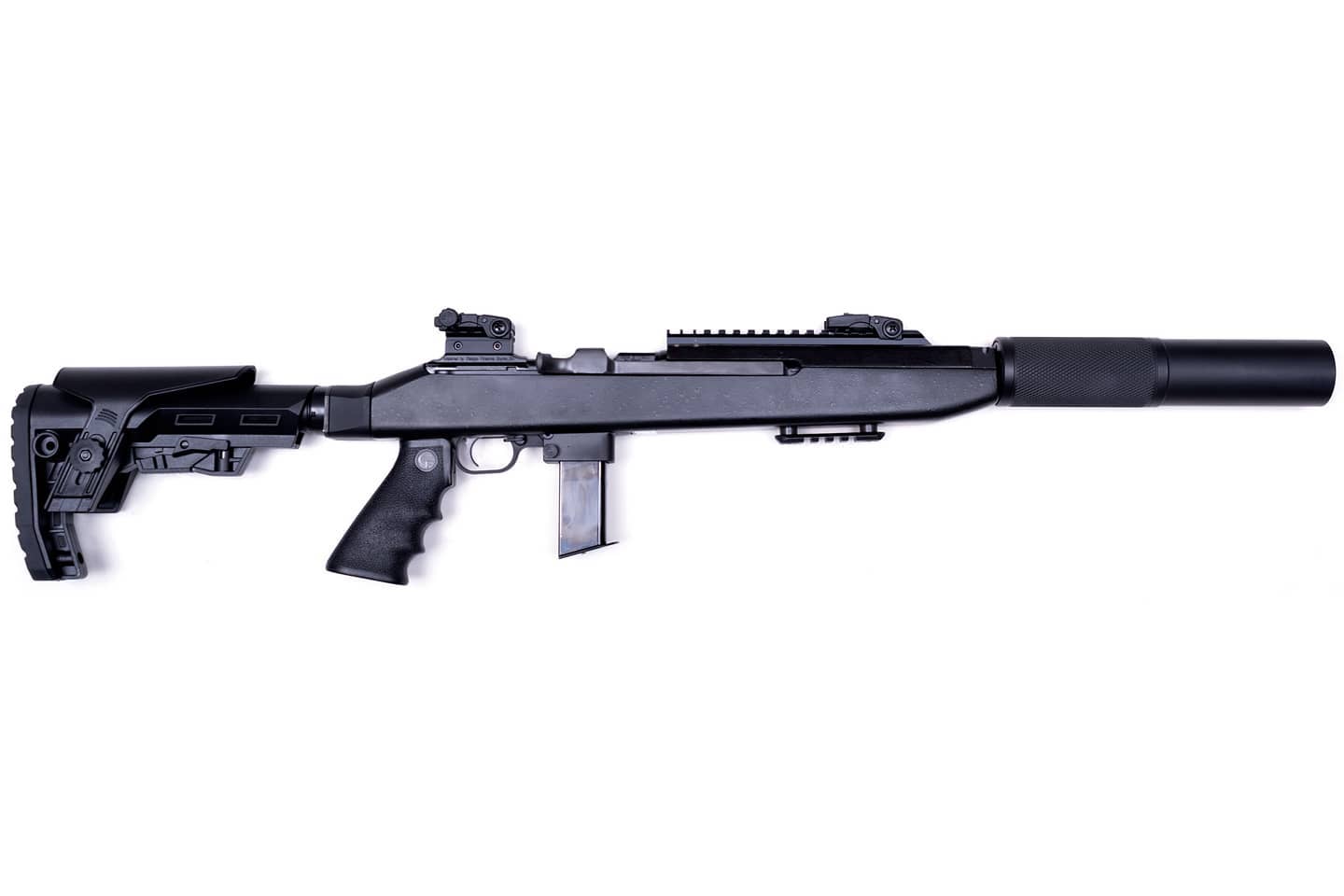 There’s another option for Canadians on the market for a pistol-calibre carbine. Or at least, there will be, in the very near future. The Chiappa M1-9 NSR carbine is headed out to dealers across Canada, and should be available by mid-February, 2021.

Chiappa’s latest offering looks like a new design, but if you look closely, it’s obviously the same M1-9 action that was used in Chiappa’s clone of the famous M1 Carbine. The original M1 Carbine was a gas-operated semi-auto chambered in the then-new .30 Carbine cartridge. The new Chiappa rifle uses a blowback action, chambered in 9mm.  As it’s designed to be a fun plinking gun, not a mil-spec weapon for busting enemies in the Pacific jungle, the Chiappa has several plastic parts. It’s definitely not as rugged as the original, and many users had complaints about feeding issues from the magazines as well (the Chiappa uses Beretta pistol mags). Supposedly, the non-canted magazine orientation contributed to jamming.

Still, 9mm carbines were getting rare in Canada for a while there, and the Chiappa M1-9 offered a low-priced option for shooters in the Great White North. And, Chiappa must have sold enough to make it worth re-investing in the platform. Now, we’re getting a version with more up-to-date tactical-style features, a world exclusive for Canadian distributor North Sylva.

Instead of the wooden World War II-style stock of the original M1-9, the new NSR version has a black synthetic stock with pistol grip. The buttstock has adjustable length and an adjustable cheek riser. There’s an optics rail on top of the receiver, with flip-up iron sights included as standard, as well as a rail under the forend. The fake suppressor comes as standard from the factory. Like the original M1-9 design, the NSR version uses Beretta 92 magazines.

North Sylva says the M1-9 NSR should be at its dealers by mid-February.

Although not every dealer has listed pricing, it looks like the NSR will retail around the $800 mark in Canada. For more details, your best bet is likely contacting North Sylva through its Facebook page, or asking your local dealer.