We’re not going to beat around the bush here: This case is superior to its Pelican-made competitor in every measureable way. And we’re not just saying that to support a Canadian company; this case is quite literally better than any Pelican we’ve ever owned or used. So what is it? 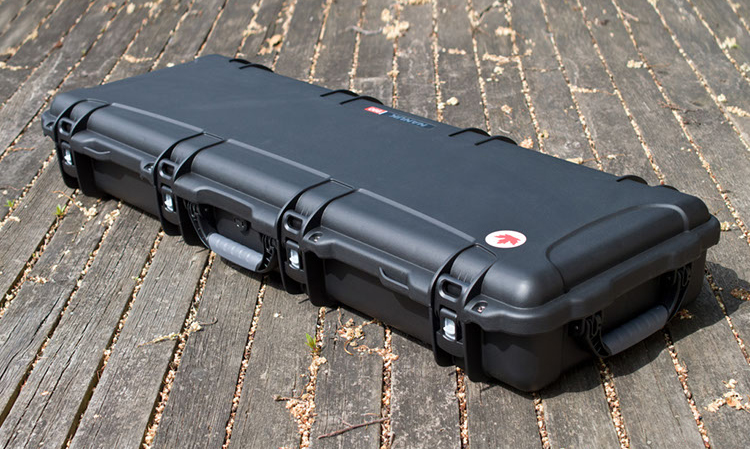 Well, it’s a Nanuk 990, and it is one of two new models from Nanuk designed specifically to appeal to gun owners. Intended for the transport and storage of long guns like rifles and shotguns, the Nanuk 990 and 995 (44” x 14.5 x 6” and 52” x 14.5” x 6” respectively) make use of Nanuk’s myriad of features to give sportsmen and collectors alike a case that doesn’t just ensure safe storage but is also easy to use.

And that starts with the shell. As anyone that’s used a Pelican can tell you, while the large molded gussets on the case sides may add strength, they’re also annoying as hell to work around. If you put your case on anything or anything on your case, those gussets will grab whatever is it, and you will end up fighting with two or three things in order to free your case. And if you’re using the case in cold temperatures? Trust us when we say that those gussets sliding past frozen fingers hurt. So, Nanuk’s case is smooth. It still has the necessary buttresses wrapping around the sides to add strength where it’s needed, but the top and bottom are smooth… with one exception. On the bottom, small raised feet have been molded into those buttresses, so you can stack multiple Nanuk cases without having them slide all over. 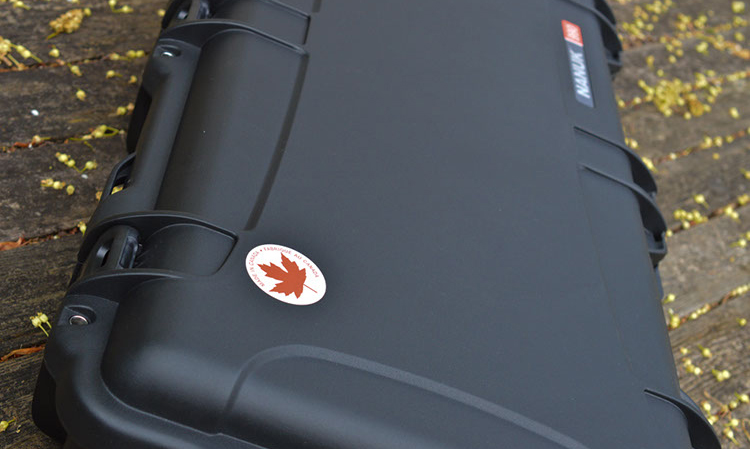 Speaking of molding, the second thing we noticed about the Nanuk case is the overall quality of the molding, and the feeling of the plastic used. Truth be told, we don’t think we can quite describe the plastic, as doing so seems incredible enigmatic. It’s somewhat soft, if that it does have some elasticity to it and doesn’t feel brittle, but at the same time feels strong enough to withstand more than a few serious impacts. And the molding is excellent with no occlusions and a perfect finish throughout. In any case, it has none of the fibrous feel of a Pelican case, but doesn’t feel like it’s any weaker for not having that texture either. 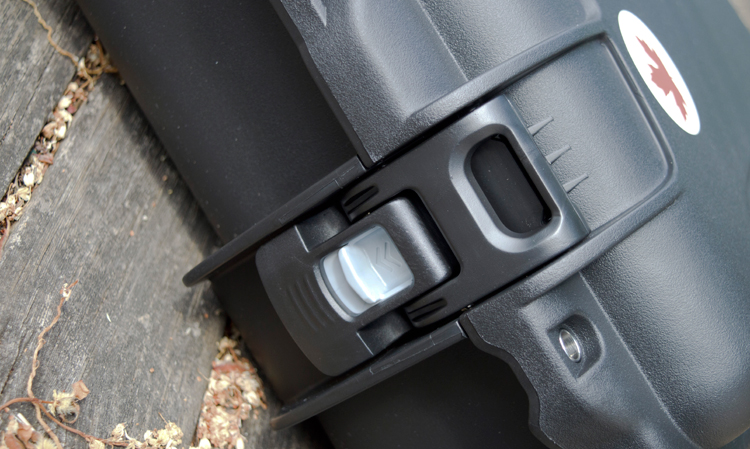 Which brings us to the Nanuk’s best standout features: The clasps. If you’ve ever used a Pelican case then you know the particularly unpleasant task of popping those stupid clasps off. Using a simple plastic toggle clasp to secure the lid, we’ve come across some Pelican cases that felt as if they’d break our fingers before we broke the case open. Given the price tag usually attached to a Pelican case, it always seemed like a pretty low rent solution to closure, and one that always struck us as a bit less than optimal. The Nanuk clasps, on the other hand, are brilliant. They are a double-hinged clasps that allows the clasp lever to increase your leverage on the top claw of the clasp as it pulls the lid down, which is great in and of itself, but once closed the clasps lock in place with an internal spring-loaded latch. The only way to release the latch is to put your thumb inside the clasp, push the silver lock button down, and then release the clasp. By using this internally locking clasp system, Nanuk doesn’t need to use simple friction and force to keep clasps from coming undone throughout the jostles and bumps of travel, so the clasps themselves needn’t be thumb-breakingly difficult to operate. The real irony is that by their double-hinged design, the Nanuk clasps probably pull the lid closed with more pressure than a Pelican’s clasps, and take next to no effort to operate anyway. 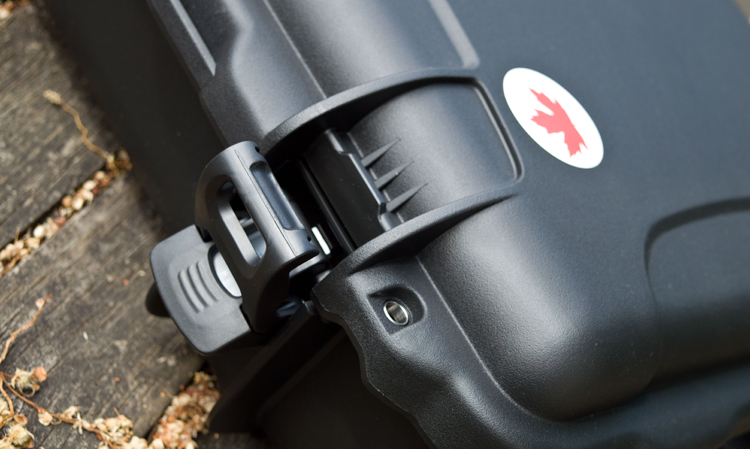 And of course, when you’re dealing with a case of this size, you want some decent ways to carry it around. To that end the Nanuk 990 and 995 both feature two handles (one on the end and another on the top) and casters. The casters are a solid affair, with real rubber on the outside, and enough rigidity to handle the loads a case this size allows. And the handles are superb. They’re both big, and they’re both lined with a nice soft sculpted rubber pad, rather than simply being molded handle made of the same material as the case. They are also both spring loaded so that they fold flat when not in use.

Inside, to be honest, the case is exactly what you’d expect: An expanse of foam. Ours came lined with egg crate foam in the lid, two layers of two inch thick foam inside, and a thin half-inch layer of smooth foam on the bottom. We’ll be using a homemade hot-wire cutter to excise our rifles shapes into the foam inserts of this case… just as soon as we get the second rifle we’ll be storing in it. Oh, and another nice feature; the lid has a friction detent that keeps it vertical when opened, so it doesn’t need the same real estate to open as a flop-open Pelican. 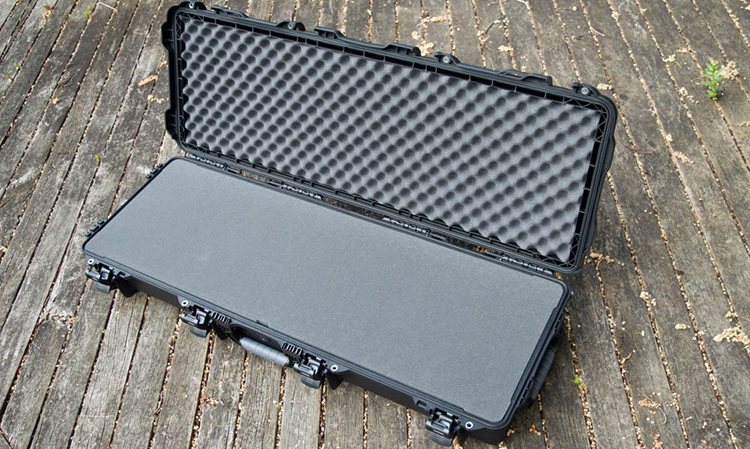 Unfortunately this doesn’t come cheap. Nanuk cases typically carry price tags somewhat steeper than their US-sourced Pelican competition. However, we think they are worth it for two reasons, the first of which we summed up in the very first sentence of this review: These cases are simply better. But the second reason is because Nanuk is a Canadian company. Our 990 was made right here by Canadians, and the money we’ll be spending on more Nanuk cases (because there will be more) will be going to Canadians. And we think that’s pretty damned cool.