Publisher’s Note: A few years ago, we became lifetime members of the Canadian Historical Arms Museum; a non-profit entity based out of Ontario and founded in 2011 that’s dedicated to the preservation of, you guess it, historical arms. With a vast collection of everything from rare prototype rifles to World War (both of them) era machine guns, the museum and it’s people are a treasure trove of epic proportions… and one that many Canadians might be surprised to find north of the 49th parallel. 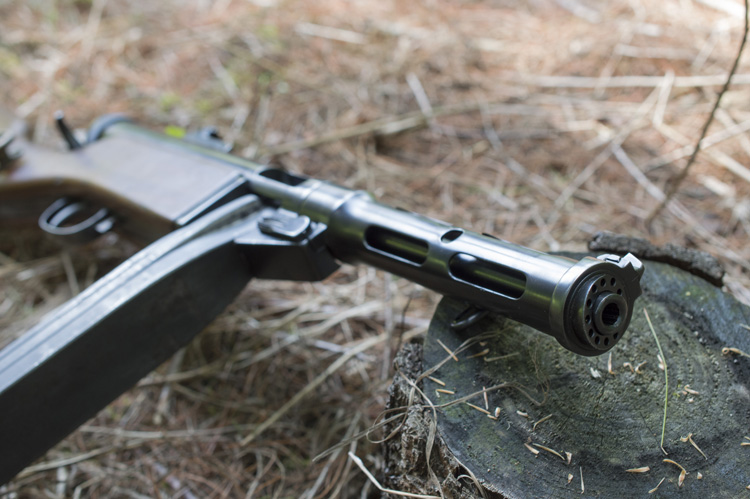 We’ve spent a lot of time in the museum’s vaults, handling some extremely rare and historically significant firearms, and every time we’ve come away with an ever-increasing appreciation for just what these guys have managed to find in Canadian collections. So, we thought it was time for us to share some of these stories with you and convince the museum’s curator, Gary Dare, to pen a (hopefully) regular column on the firearms and stories he is charged with preserving.

The first gun featured here is probably one of the rarest and most stories pieces: A Swedish submachine gun, Model 37-39, made by Husqvarna Vapenfabriks circa 1939 to the mid-late 1940’s. 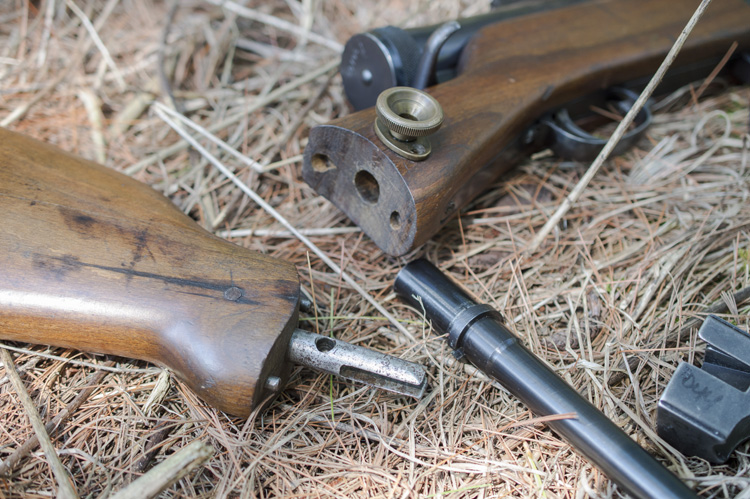 This firearm is the Swedish version of the famous Finnish Suomi, Model 1931 or KP/-31 with the major difference being a much shorter barrel, with the Swedish Model 37-39 having an almost pistol-length 8.25 inch barrel versus the Suomi’s 12.5 inch barrel. It is a blowback-operated submachine gun, firing 9mm Luger ball ammunition with a cyclic rate of 900 rounds per minute.

Less common than the Finnish Suomi that was made in much larger numbers over a much broader span of time, the Model 37-39 (also referred to as a m/37-39 in some documentation) is something of a collector’s find in and of itself, especially in good shape. So much for the statistics and the basic “what is it.”

The real story began in the late summer of 1970 when I got a call from a fellow collector with the news that a widow had a firearm “under the bed” that her husband had brought back from Denmark after his service in World War II. This is the type of call that collector’s may go their entire life without ever getting, but dream about daily. You never know what to expect. In this case what came out from under the bed was the pictured m/37-39, five 50-round magazines, one 71-round drum mag, a leather magazine pouch with magazine, loader and 300 rounds of original German steel-cased, black-bulleted 9mm.

As a complete package, any m/37-39 in such condition with so many of the included accessories would be an impressive find. But this particular Husqvarna was even more special. It had been used by a member of the Danish resistance during the Nazi occupation of World War 2 as confirmed by the widow of the former owner. Such provenance is invaluable in the collecting world. 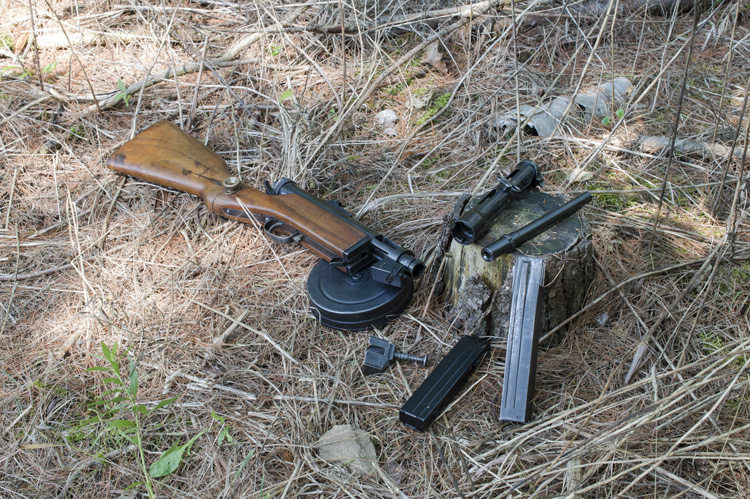 As you can see, the butt stock has been carefully cut, and can be easily removed by pulling out the brass fixture on the right side; a very quick and effective manner in reducing the overall length of the firearm. In fact, without the stock attached the gun is just 21 inches in length – very concealable. If you go further and remove the barrel and barrel jacket (accomplished by hand in seconds) you end up with three pieces which can easily and quickly be reassembled into a complete firearm. Just for reference, the frame portion of the m/37-39 without the barrel or butt stock is the longest component and is only 14 inches long. 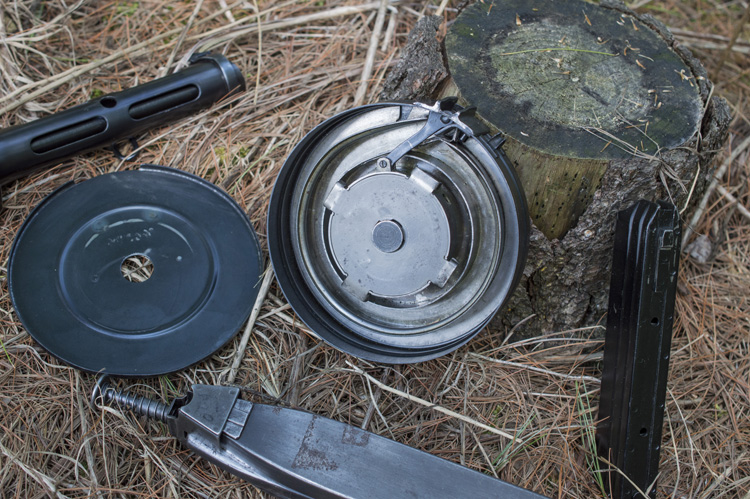 A very advanced military collector friend of mine who was by chance Danish did have photographs of such guns in the hands of Danish resistance fighters, so it would appear that the (apparently quite skilled) underground workshops producing these guns were indeed busy. As a close quarters, urban fighting gun in the Nazi-occupied streets and pubs of Denmark, it would have undoubtedly been a highly valued firearm and relatively unique for it’s time. Although modular, take-down style firearms are not uncommon now, a submachine gun that could be broken down into such a concealable package would have been quite innovative in 1939… and priceless to resistance fighters whose very existence relied on their ability to conceal themselves and their supplies. 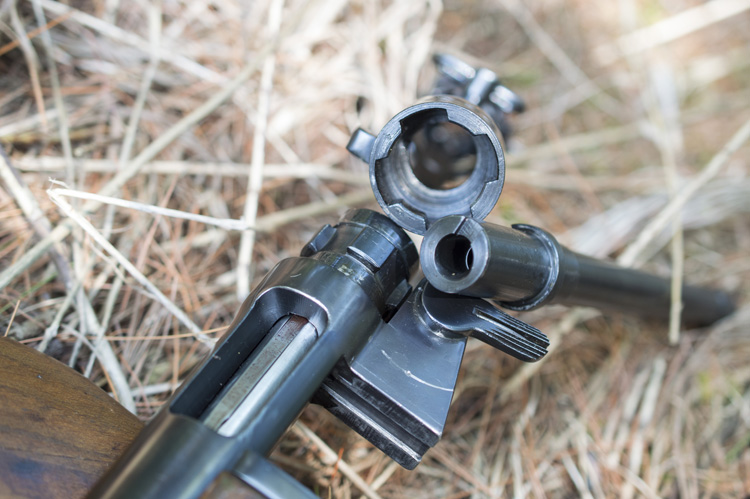 I can’t say for sure, but I would suspect that this is the only such example existing in Canada. As a working, fully-functioning collection piece I consider myself extremely lucky to have been in the right place at the right time. While this gun may be rare, it is not a unique item historically speaking.

This gun represents a very select niche in World War 2 military history with a proven heritage. I am pleased to be able to share such a story with everyone, and am proud to have such a unique and storied firearm in the Canadian Historical Arms Museum’s collection.