Few firearms capture the imagination as wholly as those from the Second World War. Hailing from an era recent enough to be easily remembered but distant enough to be comfortable, the guns used in that terrible war remind many Canadians of a country at its best; a country fighting a war for all the right reasons. From the Sten guns to the Bren guns and everything in between, all the guns Canadians carried throughout the Second World War are cherished by their collectors, but none are as highly prized as this: The Long Branch No. 4 Mk. 1* (T). 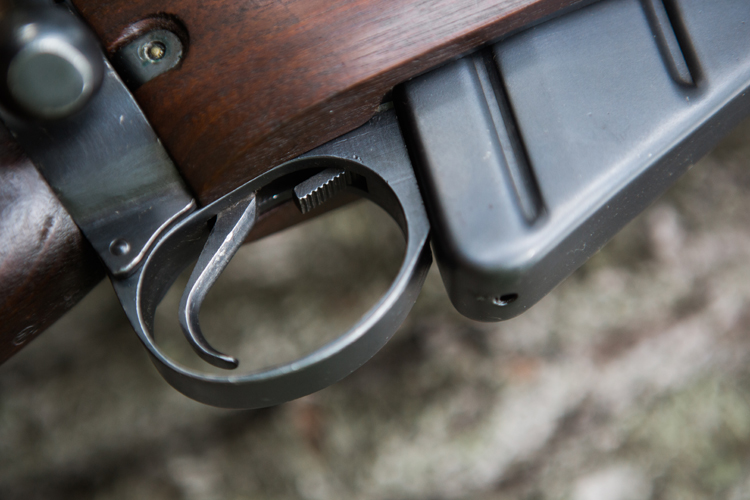 Throughout the war, Canada’s Small Arms Ltd. at Long Branch was responsible for the production of Lee Enfield-pattern rifles for the Canadian military, and Sten submachine guns for the Canadian, British, and Chinese militaries. Throughout the Second World War, Long Branch would churn out between 25,000 and 32,500 rifles each month. Initially costing a relatively steep $62.30 to produce in 1941, by 1943 the plant’s efficiency was so improved that each rifle bore a cost of just $32, and by 1944 some 815,473 No. 4 Mk. 1* rifles had been built.

Beginning in 1943, Small Arms Ltd. was contracted to build a small volume of Lee Enfield sniper rifles equipped with telescopic sights, following the pattern laid out by the storied British gunmaker Holland & Holland who was responsible for the early production of Lee Enfield sniper rifles. These rifles were hand selected due to their accuracy, and would then undergo a variety of modifications before being encased in secure transit boxes and shipped to their respective users. While just over 25,000 Lee Enfield rifles underwent this treatment, those from Canada’s Long Branch arsenal remain the rarest, with literally just a handful every year being produced. For example, during that first year the (T) variant was produced by Small Arms Ltd., over 230,000 standard No. 4 Mk. 1* rifles were made… just 71 were selected to become sniper rifles. And by 1944, only 644 of the 815,473 rifles produced left the factory with the telltale telescopic sights affixed. 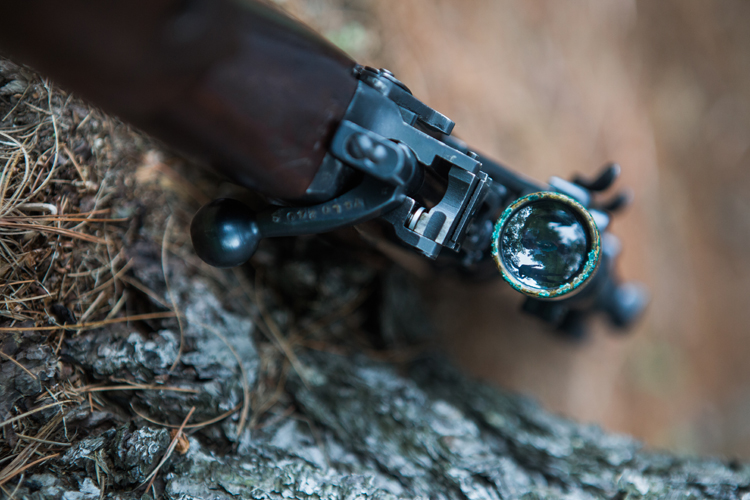 But obviously building a (T) was a bit more involved than simply bolting on a sight. The process began as rifles were tested. Those that demonstrated above-average accuracy were set aside and considered for modification. If a rifle was selected, it was disassembled and all parts inventoried so that they could be reunited with the correct rifle upon re-assembly. 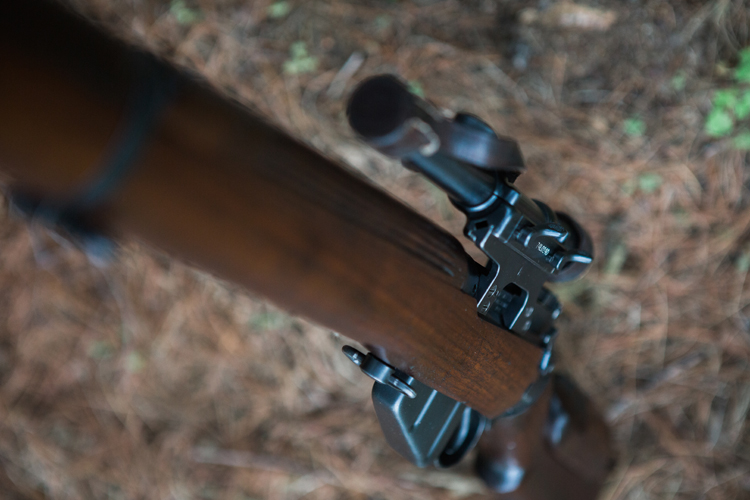 Then, the left side of the action was milled flat and the battle aperture removed from the rear sight to allow enough clearance for the scope to be fitted. With that done, two small metal tabs (known as pads) were placed onto the newly-flat left side of the receiver, and fixed in place with five raised-head screws; three on the front pad and two on the rear pad. Then, still attached to the receiver, the pads were machined to ensure they were true to the rifle’s bore, and then the drilled and tapped with a 1/4” British Standard Fine hole to accept the scope mount screws. Finally, all five pad screws were staked to prevent them from backing out.

Coincidentally, among collectors, those stake marks are seen as one of the best indicators of a Lee Enfield sniper rifle’s provenance as a single stake mark indicates a rifle that was newly converted and never repaired nor refinished… or, among critical collectors, that the rifle is a replica. Conversely, multiple stake marks indicate the rifle was overhauled or repaired during the war, as many of these extremely valuable sniper rifles were. 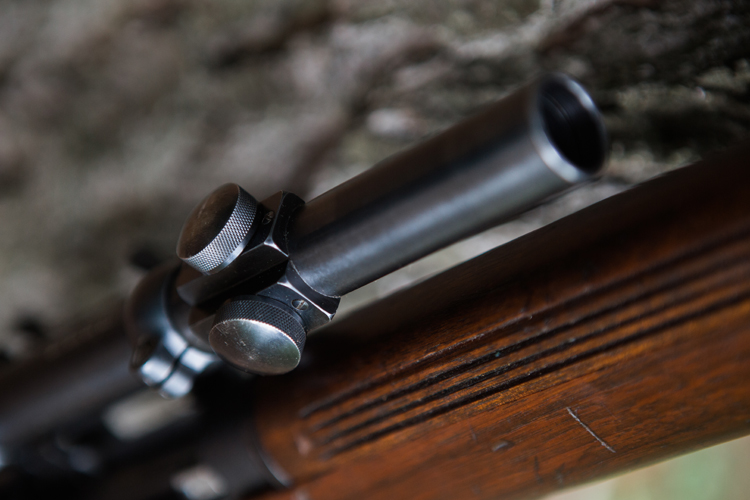 With the receiver prepared, the cast scope mount was fitted, and machined to accept the large thumbscrews that held it place. Then the mount was machined and fitted with matched rings to hold the optic in place, which in the case of the rifles made by Canada’s Small Arms Ltd., would take the form of either a military optic from the Leaside, Ontario-based manufacturer Research Enterprises Limited (of which there was no less than six different derivatives) or the consumer-market Lyman Alaskan. Only 350 Lyman Alaskan optics were purchased by the Canadian military on 2 December 1943, due to R.E.L. being unable to produce enough No. 32 optics to meet demand, which makes the Lyman Alaskan-equipped sniper rifles like the one pictures here some of the rarest of the rare today.

Finally, the scope was collimated to the rifle, and serialized. From this point forward the rifle and scope formed a matched pair and would never be separated nor interchanged with other components. 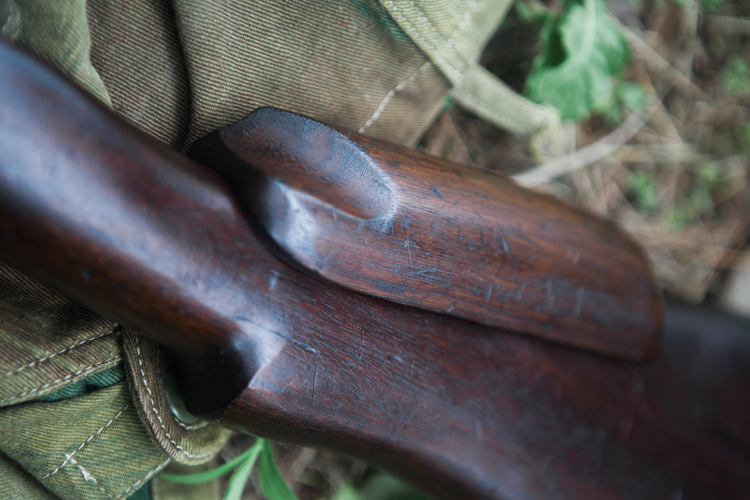 In order to allow the sniper to make the best use of the extensive modifications made to the rifle’s action, the stock was treated to the addition of the most obvious and unique modification: The cheekpiece. The only sniper rifle issued in the war to be fitted with such a useful device, the Beechwood cheekpiece was screwed to the rifle’s comb with a 1-1/4” brass wood screw in the front, and a 1-1/2” brass wood screw in the rear. Giving the sniper a proper cheek rest not only contributed to better accuracy, but also decreased shooter fatigue, and literally made the rifle easier to shoot well. Likewise, for all rifles produced after 1944, a third sling swivel was fitted ahead of the magazine in order to allow the shooter to make use of more sling and shooting positions afield. 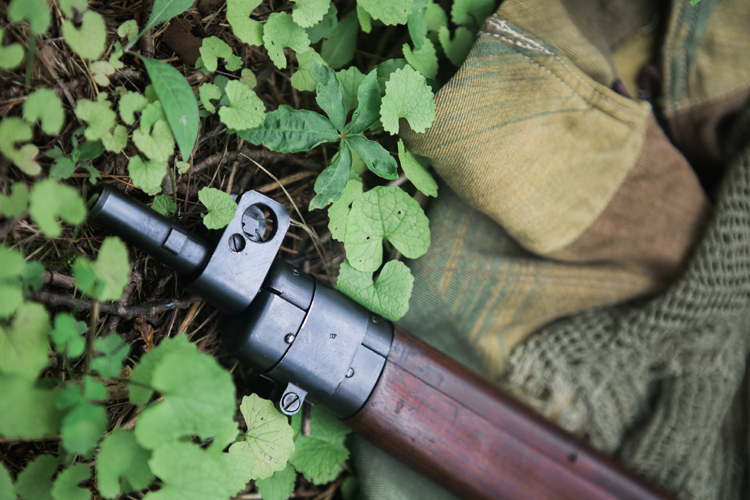 During wartime, the allied nations had little trouble producing firearms. With plenty of existing steel foundries to rely on, the base materials were easy to come by, as were the necessary machining facilities required to produce rifles the handguns the war effort required. And with little threat of aerial bombardment, many of the North American facilities like those at Long Branch were excellent examples of 1940’s technology; seamlessly and literally marrying research, development, and production in a way that only global conflict seems to be able to. In the case of Long Branch, this took the form of Canadian Small Arms Ltd. being literally built next to the Long Branch rifle range, where many of the Canadian arsenal’s firearms were tested and trialed. 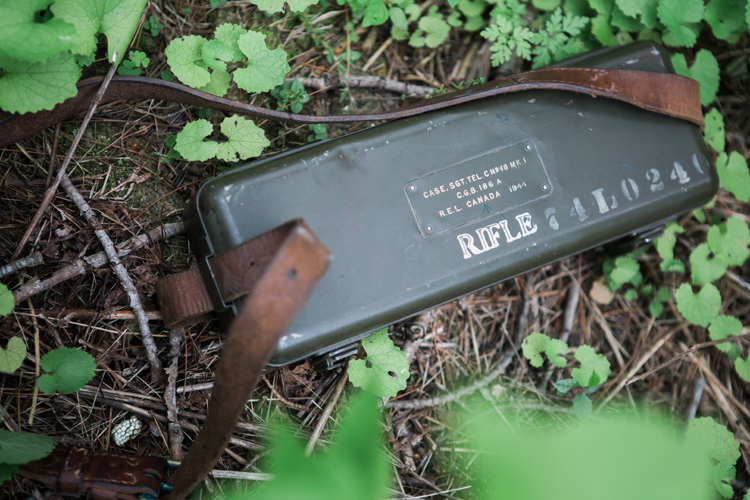 But optics were another story.

A comparably dark art requiring a unique skill set as well as some very specific (and delicate) materials and equipment, producing good, rugged optics for the war effort was an incredibly difficult task. Even here on the relative safety of the North American continent, manufacturers of optics struggled to meet the demands of their military contracts, both in design and production. R.E.L., contracted to produce the optics for the Long Branch No. 4. Mk. 1* (T) rifles produced a number of iterations of their optics, never making more than 400 before moving on to the next evolution of the design. And in 1943, when the Canadian army gave the British military 350 of their Canadian-made R.E.L. optics and accompanying mounts to meet what the Canadians deemed to be a greater need across the pond, our army subsequently found themselves short of 350 optics… and with Ontario’s R.E.L. unable to produce enough to satisfy that demand.

So, an extremely impromptu trial was undergone, with Colonel McAvity of the National Defence Headquarters taking delivery of two No. 4 rifles; one fitted with a Lyman Alaskan optic and the second fitted with a Weaver 330 optic. With strict instructions to test and return both rifles promptly, Colonel McAvity, as head of the Directorate of Vehicles and Arms, telegrammed Canada and stated; “We consider Alaskan best choice. It has tapered posts with cross-wire and luminosity ahead of (No.)32. In these tests we were able to distinguish targets 15 to 20 minutes later in the evening than with the 32.” 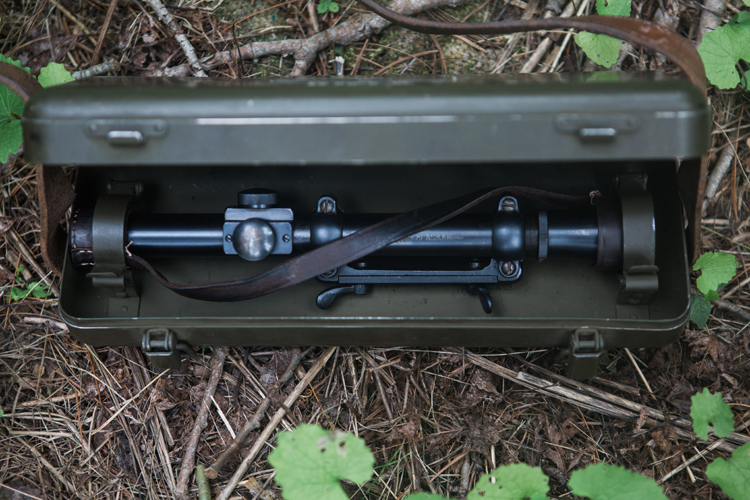 And so, Canada placed an order for 350 of the Lyman Alaskan optics. However, Lyman could not provide a reliable date of delivery, due to two factors: Difficulty procuring glass lenses, and the reticle required by the Canadian military. Originally obtaining their lenses from Bausch & Lomb, the demands of the war required Lyman find alternate sources for lenses, and so eventually contracted Plummer & Kershaw of Philadelphia to produce lenses for their optics. The reticle issue was somewhat more interesting. While Lyman’s standard reticle was of the conventional cross-hair variety, the Canadian contract stipulated a tapered post with a cross-wire format. 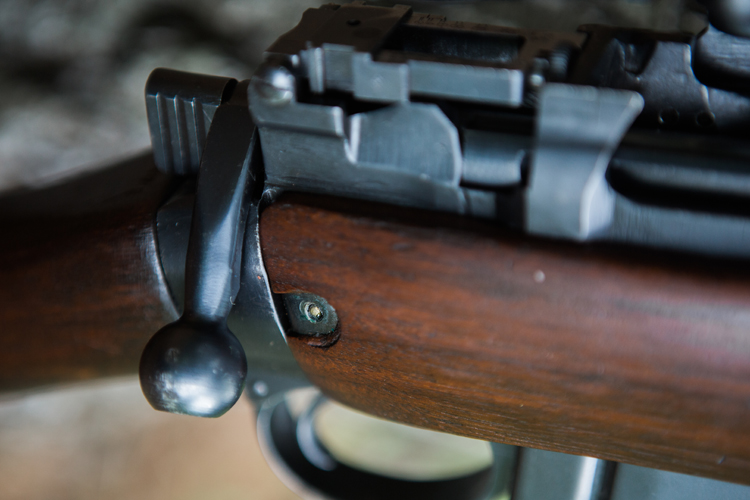 To produce these reticles, Lyman used No. 12 sewing needles to form the tapered post, but were unable to find enough needles to produce the 350 scopes required. The Canadian Department of Munitions and Supply located a cache of needles in the UK, and arranged to have them delivered to Lyman, so as to allow Lyman to complete the order.

Within a month of that cache’s discovery, Lyman had the order complete, and was prepared to made an immediate delivery of 350 Lyman Alaskan optics with the Canadian tapered post and cross-wise reticle. To quote the excellent reference book on Lee Enfield sniper rifles “Without Warning” by Clive Law, “an army memorandum, dated 10 May 1944 outlined that the formal contract should show 350 each; Lyman Alaskan 2 1/2x telescopic sight, No.8 Mk.I cases converted to carry the Lyman sight (these were later designated Case, No. 18, Mk.I), SAL mounts, No.4(T) rifles and No.15 Mk.I chests. The model designation was “Telescopic, Sighting C No.32, Mk.I(TP)” with the TP representing Trade Pattern.”