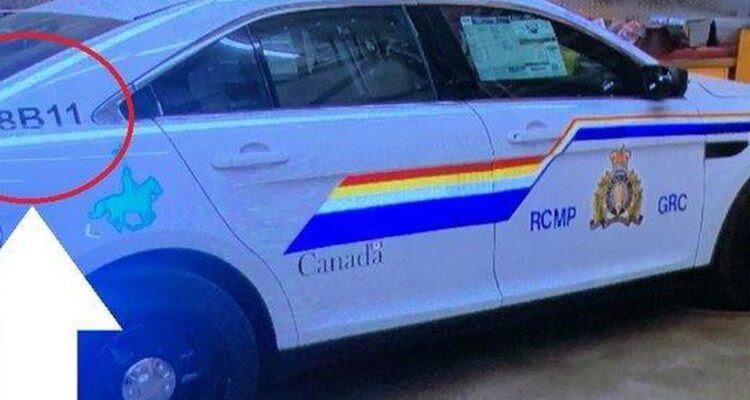 The Portapique killer wore an RCMP disguise and drove this fake police car during his rampage.

After a mass killing spree saw 22 victims murdered in Nova Scotia in April, 2020, provincial RCMP figures said they alerted the public when they realized the perpetrator was committing his crimes dressed as a Mountie. Recently-released audio of 911 tapes proves otherwise, raising new questions about police conduct in the episode.

Halifax-based Frank Magazine released the 911 call recordings on June 2. You can hear the recordings here, if you wish to. If you’re uncomfortable with listening to recordings of victims of a shooting and arson spree, Frank also provides written transcripts of the calls.

The tapes reveal that, contrary to the RCMP’s claims, law enforcement was aware of the killer’s police disguise from the very start of his attack in Portapique. However, there was no warning to the public until mid-morning Sunday, 12 hours after they had this information at first. In those hours, the killer added to his body count, murdering several people with help from his police disguise.

In the months since the tragedy, many have wondered why no public alert was issued sooner, as some victims may have been spared if that had happened. There’s also been considerable questioning about the RCMP’s warning message, which was sent out via Twitter—hardly the communication channel of choice in rural Nova Scotia.

Paul Palango, writing for Frank, says the 911 tapes came from a source inside the police. In turn, RCMP says via Twitter: “… we will be investigating the source of the recordings and any related offences that may have occurred with respect to unauthorized release, possession and subsequent publishing.”

Public reaction to the tapes’ publication has been mixed, with some applauding Frank for shedding light on the truth. Other online reaction has harshly condemned the publication of the traumatic recordings, for its effects on survivors and victims’ families.

The leaked 911 tapes add to a long list of troubling questions raised after the Portapique killings.

Neighbours reported they’d informed police of the killer’s illegal firearms possession, but saw little action from law enforcement. During the incident, RCMP officers shot at a firehall with civilians sheltered inside. That incident was explained as a fog of war issue, with the shots supposedly aimed at a civilian they assumed was the killer.

Despite the relative isolation and restricted road network in the Portapique region, journalists reported police established no roadblocks to restrict the killer’s movements. Despite close proximity of municipal police departments in Amherst and Truro, RCMP officials instead called for backup from Fredericton, New Brunswick. They did not request for assistance from Nova Scotia’s forest rangers’ helicopter, even as the RCMP chopper was grounded.

In its coverage, the Halifax Examiner put it most bluntly:

The RCMP has claimed it did its best in trying to deal with the Nova Scotia mass killer on the weekend of April 18 and 19, but a reconstruction of events by the Halifax Examiner strongly suggests that the police force made no attempt to save lives by confronting the gunman or stopping his spree at any point.”

In that same article, the Examiner said reports indicated the corporal in charge of the initial crime scene turned off her flashlight and hid in the woods after reaching the area. The Examiner also reported two other officers on the scene, who wished to press tactically and end the situation, were told they’d be fired if they did so.

The killing spree ended when police officers spotted the gunman at a gas station outside Halifax, shooting and killing him.

After the mass killing, journalists raised other questions about the killer’s involvement with the drug trade, a large cash payment withdrawn from an armoured car service, and odd encounters with police. Our previous coverage has more details on those questions.

Why should gun owners care?

The Portapique massacre on April 18-19, 2020, was part of Prime Minister Justin Trudeau’s justification for the Order in Council firearms bans that came a few weeks later.

Initially, justice officials resisted calls for a public inquiry. They changed their tack in the face of public pressure. Currently, the Mass Casualty Commission is investigating the circumstances surrounding the killings. Rod Giltaca of the Canadian Coalition for Firearms Rights is participating as one of the parties involved in the inquiry.