As October rushes on, most of Canada is in the middle of hunting season. Depending what province you’re in, you might get some added time afield if you’re wielding a muzzleloader. And, if you’re looking for a new muzzleloader, Federal wants to sell you its Firestick ammunition system, currently only available for the Traditions NitroFire rifle.

The Firestick ammunition system and Traditions NitroFire rifle combine features of both muzzleloading and breechloading designs. As is so often the case with muzzleloader design progress, the Firestick system is aimed at providing a more consistent and reliable shooting experience. Both were introduced earlier in 2020, but given all that’s happened this year, it’s possible you didn’t see the announcement. 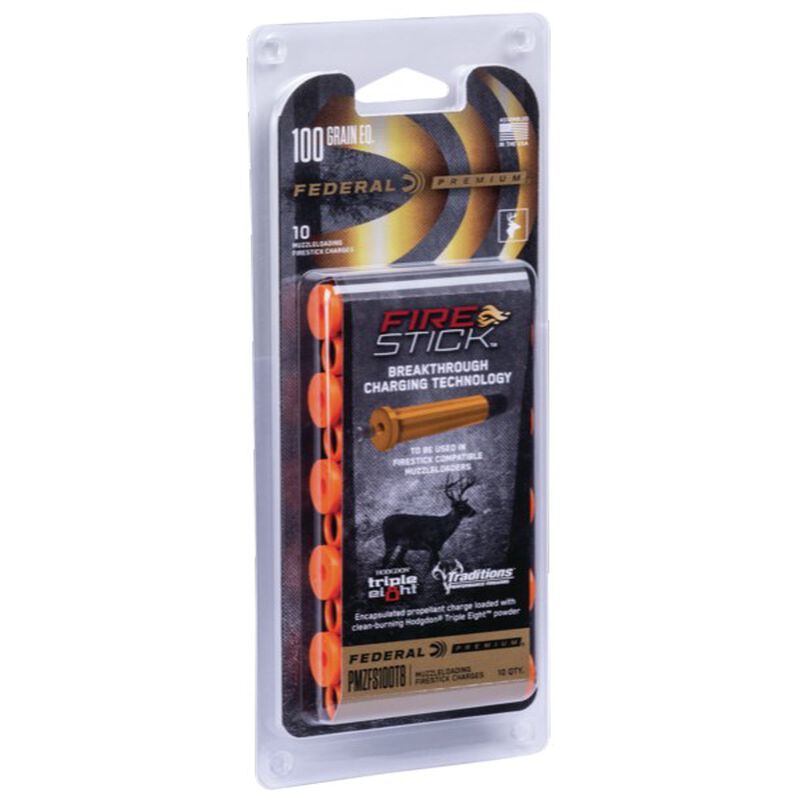 A five-pack of Firestick propellant. This will set you back $26.99 in the US.

Here’s how it works. To load the rifle, you first load the projectile via the barrel’s muzzle. There’s a “shelf” built into the rifle barrel that the bullet/projectile backs into. You don’t load the propellant first, as would be standard muzzleloader practice.

To load the propellant, the user opens the firearm from the breech, and inserts the Firestick. The Firestick is basically a plastic cartridge which contains 100 or 120 grains of Hodgdon Triple Eight powder, but no primer.

Once the Firestick is inserted into the breech, behind the projectile, the user then puts a 209 shotgun primer on the back of the Firestick and closes the action. The firearm is now loaded, and ready to fire once the hammer’s cocked.

Obviously, this is very different from your standard muzzleloader, and you definitely should check with local regulations before using one during a muzzleloader season. However, it does work around the wording in some jurisdictions, and offers a pretty foolproof system, it seems.

It’s also expensive. US pricing for a pack of five Firesticks is $26.99, and that doesn’t include the 209 primers—you’ve got to supply your own.

As for the rifles, the Firestick obviously requires a ground-up design optimized for the system. Currently, Traditions has exclusive rights to this design, and selling its new .50-calibre NitroFire line based around the Firestick. You can see the whole line here.

If you want one for the Canadian hunting season, it might be a bit tricky to acquire one in time. The NitroFire rifles start at $499 US, so you can make a rough guess at Canadian pricing from that. Maybe.