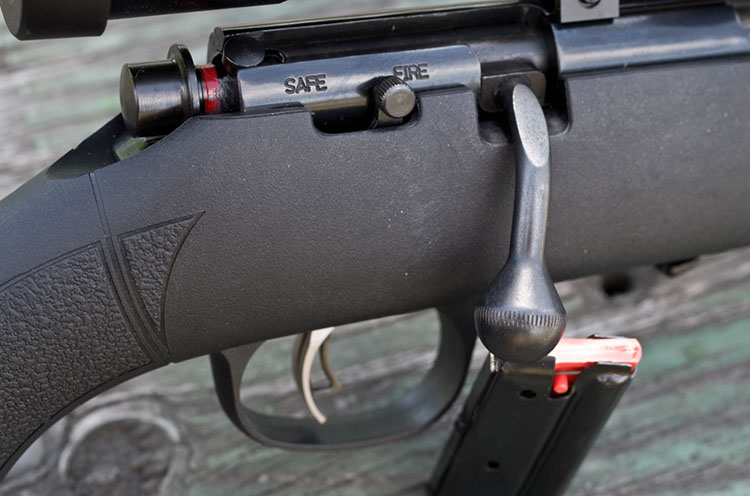 A relatively new addition to the bolt-action rimfire rifle marketplace, the Marlin XT-22 was only introduced to the world last year, but has already earned plenty of kudos from both customers and critics. Offering many of the keynote features that rimfire shooters look for in a bolt-action rifle, but pairing them with an enviably low price tag, the XT-22 is in many regards the best of both worlds: accurate, and affordable.

So what sort of features are we talking about? Well, first off, the XT-22 has one thing that few, if any, other bolt-action rifles can lay claim to: the ability to feed from the same big, 25-round magazines that it’s semi-automatic sibling, the 795 does. However, we will also admit that with some combinations of rifle and magazine, this will take some work; either removing the rifle’s metal floorplate or grinding slightly on the magazine.

Next up, and perhaps most notably to some, is the XT-22’s excellent trigger. Borrowing a page from the Savage Accu-trigger playbook, the XT-22’s “Pro-Fire” trigger is adjustable for a pull of between 3 and 6 pounds, and breaks crisply and cleanly every time. Working in concert with the longer 22″ stainless barrel featuring 16-groove Microgroove rifling, this combination makes the XT-22 an out-of-the-box tack driver. 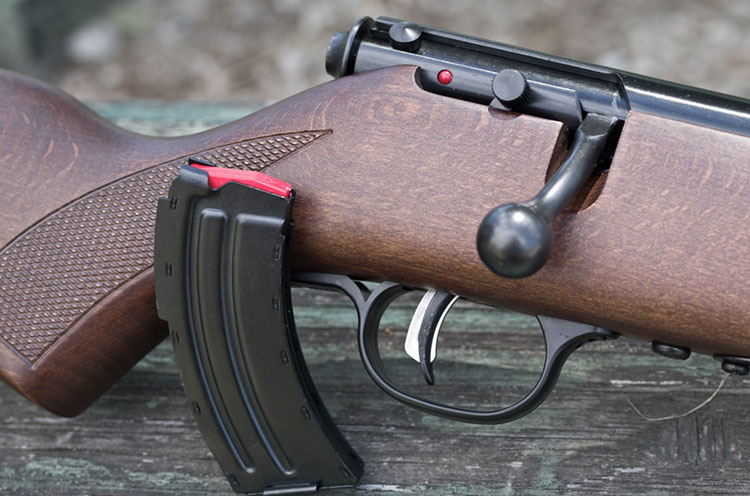 Unlike the Marlin XT-22 pictured opposite this gun, which only dates back to 2012, the Savage Mark II is a rimfire veteran. Having been about for decades, the current iteration of the Mark II is available in a whopping 18 versions, including full stainless steel, fluted-barrel-equipped, laminate-stocked target rifles all the way down to the most basic layout depicted before you. This wide variety of models, and the ability to purchase both left- and right-handed actions, ensures there is a Mark II to suit any need.

But, being at the upper end of the truly affordable rimfire rifle market, even the basic Savage Mark II G seen here offers a finer level of fit and finish than any of its competitors. The action is slightly smoother, the machining marks a bit more uniform, and  the blued finish a bit more luxurious than the others’. Furthermore, the latest Mark IIs come fitted with Savage’s excellent AccuTrigger, and the same well made button-rifled barrels you’d expect to find on any Savage. Overall, the effect it imbues is that of a proper rifle; nothing about shooting or working on the Mark II gives a sense of compromise. In short, it feels like a proper rifle, rather than one built to earn an entry-level price point. 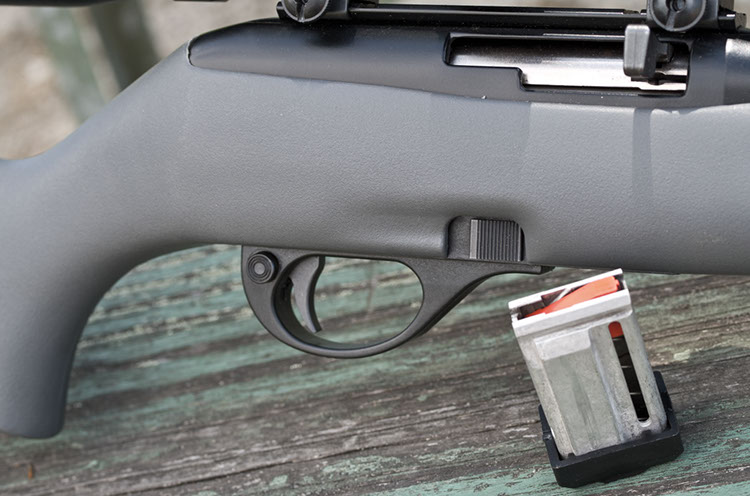 While Ruger’s 10/22 is undeniably the most famous semi-automatic rimfire rifle, Remington’s popular and (these days) plentiful 597 has slowly been whittling away at 10/22’s market share. Slightly more affordable, technically somewhat advanced, and proving in many cases more accurate, the Remington definitely has a lot going for it.

But like many more-complex pieces of machinery, they’re also more prone to failure. In the case of the 597, this most frequently occurs as a result of the cast aluminum alloy magazines, and they’re insanely potent follower springs; the 10 round magazines seem happier with 8, and the big 30 rounders are really closer to 25 round magazines. Also, if not cleaned with some degree of frequency, the more complex internals (such as the guide rods and bolt-hold open lever) are slightly more likely to bind up.

But when it works, which is typically 99% of the time, the 597 is excellent. With two tool-steel guide rails to support the bolt as opposed to most rimfire’s solitary guide rod, the 597’s action cycles with more consistency than the popular 10/22’s, and that helps it produce smaller groups. Also, the magazine release is quite a bit easier to use, and the bolt locks open on the final round, which can be useful when you’re plowing through 25 rounds at a time. 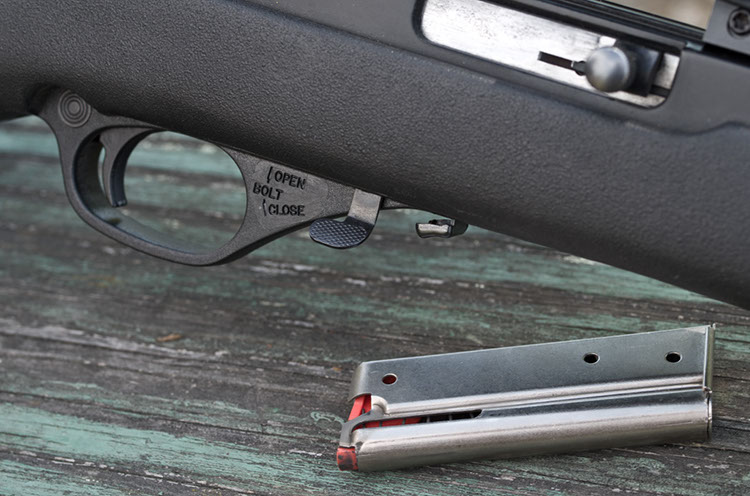 So if the 10/22 is so popular, why isn’t it sitting here opposite the 597? Because due to demand skyrocketing, finding a 10/22 sitting on a gun store’s shelf in this country is about as likely as finding Wendy Cukier at an NFA meeting. So what should you look at instead? This: the Marlin 795.

Providing shooters with an incredibly cost-effect entry-level rimfire rifle, the 795 can be had for about the same amount of money as it seems to take to fill up a large heavy-duty pickup truck these days. For that insubstantial sum, you get a semi-automatic rifle that works quite reliably (although most users report that they require a break-in period requiring the use of higher velocity ammunition), and has a few unique features, the most obvious of which is the external bolt hold-open lever; a nice luxury on any semi-automatic rifle… never mind one that costs as little as this.

But the more interesting feature is the patented Marlin Microgroove rifling. With 16 rifling grooves cut into the barrel, this unique-to-Marlin rifling system helps stabilize jacketed bullets, and in the case of our test 795 delivered excellent accuracy that was damned near on par with that of the most expensive and heavier Remington 597.