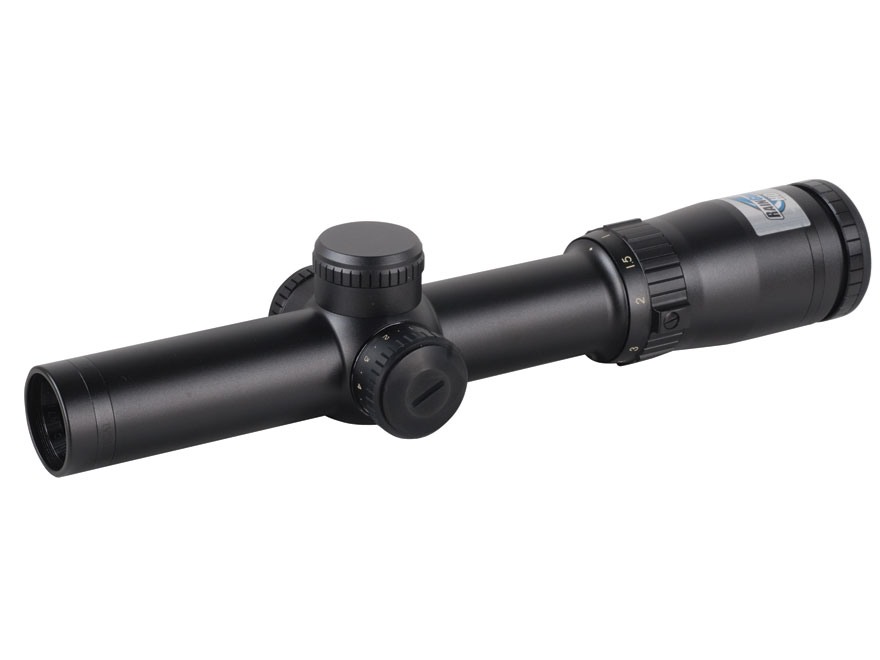 In 1947, a man by the name of David P. Bushnell found himself in Shanghai on an extended honeymoon with his second wife, when he stumbled across a pair of Japanese-made binoculars being peddled by a local merchant. Almost forty years later, the company that bears his name is now one the largest imaging and optics manufacturers in the world, and is responsible for thousands of product lines.

And the Elite Tactical SMRS is one the latest.

Standing for Short to Mid-range Riflescope, the SMRS lineup includes four distinct models, all of which bear the same 30mm tube construction and 1-6.5x24mm lens arrangement. Bushnell’s first offering in the short-range tactical market, the SMRS’ spec sheet reads like many of its competitors: it’s made of forged aluminium, features fully multi-coated optics, and boasts a shock-proof, water-proof and fog-proof design. However, like many of Bushnell’s premium scopes, the SMRS lineup also feature Bushnell’s familiar water-repelling RainGuard HD coating; a feature that’s unmatched on either Leupold or Vortex’s offerings.

But the differences  don’t stop there. Recognizing that competitive shooters don’t all appreciate the same reticle nor shoot the same cartridge, Bushnell’s fitted the SMRS with two available reticle arrangements. The BTR-1 reticle is an illuminated, ballistically calibrated reticle that is optimized for use with 5.56/.223 caliber rounds. This bullet drop compensating (BDC) reticle provides accurate ranging and aiming to 600 meters. The BTR-2 is an illuminated mil-hash reticle that allows for ranging, holdover and windage adjustments. But the big news is that both the BTR-1 and BTR-2 illuminated reticles are available in first or second focal plane.

In any case, since the SMRS can be had in either reticle in both first and second focal planes, the SMRS can meet the demands of both the quick competitive shooter as well as the deliberate and accurate modern hunter. However, as the first focal plane variant requires a slightly more involved manufacturing process, it carries an American MSRP of $2,119.95, while the second focal plane versions are given a price tag of $1,967.95. However, in a move that’s sure to surprise many familiar with Canadian optic pricing schemes, both versions can be found at Canadian retailers with price tags starting at just $1,200 dollars! And since they’re all covered by the same limited lifetime warranty that’s covered Bushnell products since 1984, their quality is assured as well. Look for a hands-on test in a future issue.