Although first shown in prototype form at the 2015 IWA show, Brno took the wraps off a finished, civilian-market ready Field Pistol at this year’s IWA show, in Nuremburg, Germany. 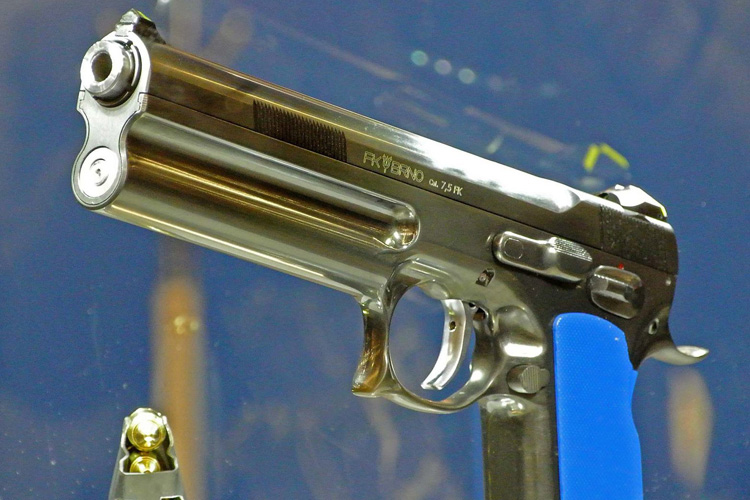 So what is the Field Pistol? It’s a long-slide pistol incorporating CZ-75 style controls with a unique calibre (more on that later) and some obvious and interesting design features. For example, while the slide and rail fitment is very CZ-75, the barrel is held in place by a screw-in barrel bushing, which should increase accuracy. Likewise, the sights are very unique, and feature a skeletonized rear sight with an aperture. The front sight is placed in the aperture to obtain a sight picture, while the skeletonized sight assembly allow the shooter to find the front sight when it would otherwise be obscured by the sight. 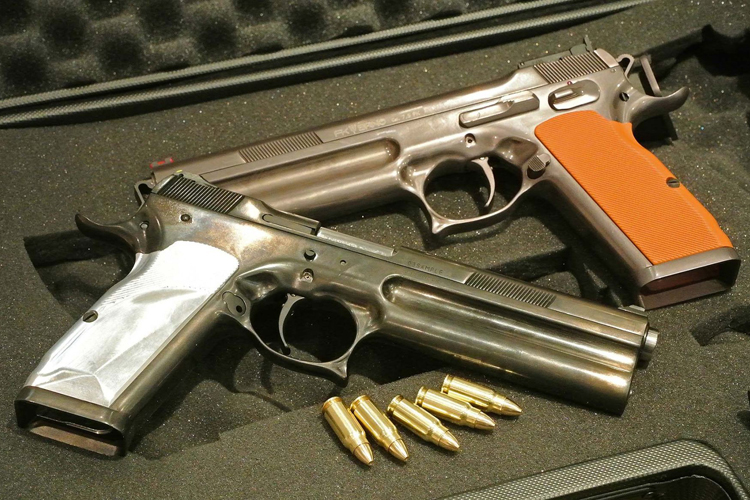 But the biggest feature is inside the steel frame’s full-length dust cover. Where a normal recoil spring and guide rod would be located, the Field Pistol features a unique recoil mitigation system involving a semi-floating counter mass that supposedly reduced muzzle rise and gives the pistol its unique shape. Details are scarce on how it exactly works, but according to Brno it gives the admittedly heavy 3-pound Field Pistol the recoil impulse of a 40 S&W. 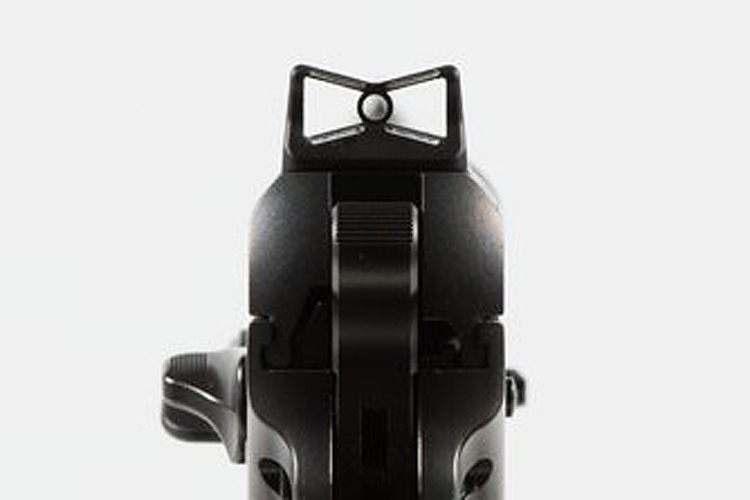 So why is that important? Because the Field Pistol shoots one cartridge: Brno’s proprietary bottlenecked 7.5 FK pistol round. With bullet weights between 98 and 103 grains and muzzle velocities of around 2,000 feet per second, it largely mimics the ballistics and energy of a .44 Mag. In fact, the 7.5 FK is so powerful that Brno claims it retains enough energy to defeat Class IIIA soft armour at 100 meters. Perhaps even more impressively? Brno also claims that the 7.5 FK Field Pistol will also shoot 1.5” groups at that distance, too… making this one seriously accurate handgun. 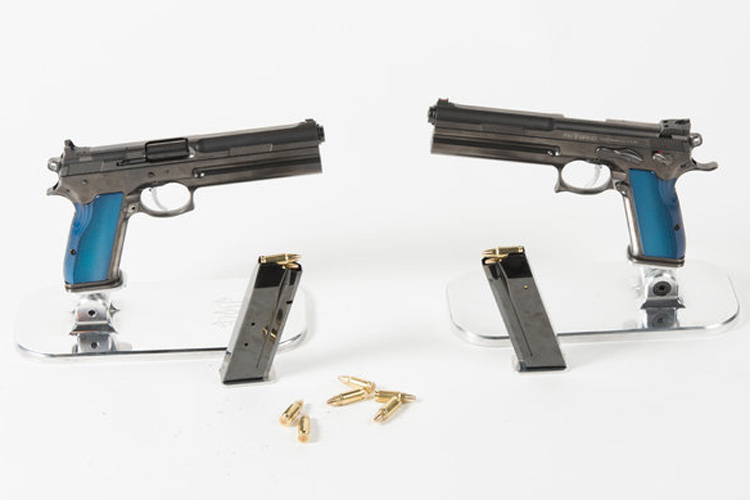 Now, with a 6” barrel, the 7.5 FK Field Pistol should breeze through our firearm classification system easily enough. Furthermore, being produced in the Czech Republic means the 7.5 FK Field Pistol will be intriguing to Canadian distributors that are looking for alternatives to the US-dollar, US-produced market they’re used to dealing with. The only downside? That proprietary round. Although the pistol will probably be relatively expensive regardless of the currency exchange (it is, remember, one of the most powerful semi-auto pistols on the market) the ammo may force it into the realm of “often fondled, rarely shot” but similarly exotic pistols chambered in things like .454 Casull and .460 S&W, .50 AE, and to a lesser degree, 10mm. But nonetheless, we hope to see it here at some point! 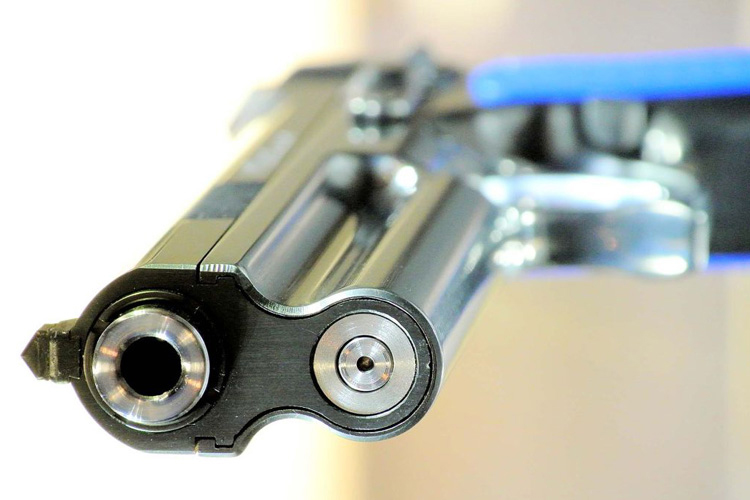