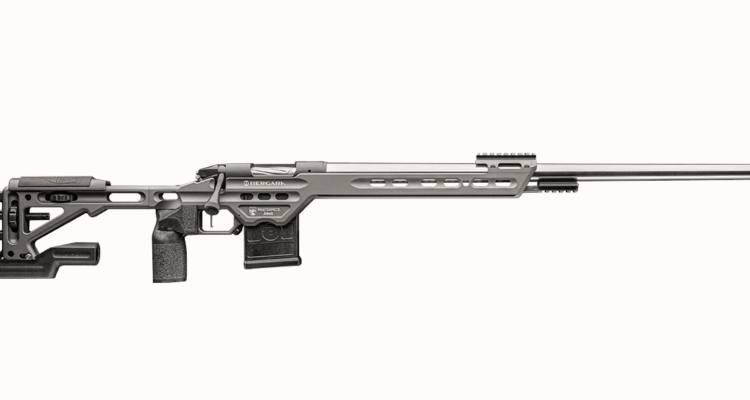 Want a rifle for long-distance shooting, but don’t have the time, interest or capability to put together a custom build? The new Bergara Premier Competition Rifle is intended to offer custom-level construction in a factory-built rifle. You’ll still pay a lot of money, but you can order it over-the-counter, so to speak. In turn, that means you can use it in Production class, in Precision Rifle Shooting matches.

Why build such a rifle? Because it’s what customers want, says Damon Bungard, Senior Marketing Manager at BPI Outdoors (Bergara’s parent company, and collaborator on this project).

“We’ve been hearing their requests for a purpose-built platform that addresses the specific needs of competitive shooters, and we wanted to build the best offering we could for Production class PRS style shooters,” Bungard said. “We’ve teamed up with the best in the business to make the Premier Competition Rifle that win-win reality.”

The Bergara Premier Competition Rifle is based around a 26-inch stainless competition barrel, built by Bergara in #7 profile. It’s chambered in popular long-distance calibres like 6.5 Creedmoor. The heavy-diameter barrel is supposed to be stiffer and more stable, heating up more slowly. The muzzle has a 5/8-24 thread.

It’s mated to a Bergara Premier action, which has the same basic pattern as a Remington 700. There’s a trigger from TriggerTech, with Frictionless Release Technology. The Premier action takes AICS magazines, and the rifle ships with a 10-rounder. The stock is an MPA Comp Chassis Kit B. An Acra-Swiss rail comes standard, too.

The rifle has a Graphite Black Cerakote finish. It’s 46 inches in overall length, and weighs 12.7 pounds. Bergara prices it at $2,499 in the US.

You can buy Bergara rifles in Canada, but can you buy this one? No word yet, and judging by the current firearms sales boom in the US, it might be a while until it shows up. And, that $2,499 price tag will certainly result in an even heftier MSRP in Canada. For further details, your best bet is probably keeping an eye on Bergara’s US website.