For those that care to recall, we lavished some pretty solid praise upon the ATA Venza, and even went so far as to call the unique and pretty sporting gun the single best Turkish scattergun we’d come across. So how do ATA’s more conventional offerings stack up? Well, to find out, we laid our hands on the gas-operated CY Super Magnum and Etro pump-action shotguns. While the Venza already impressed us with it’s performance-to-dollar ratio, could ATA continue that trend with these even-more-affordable guns? 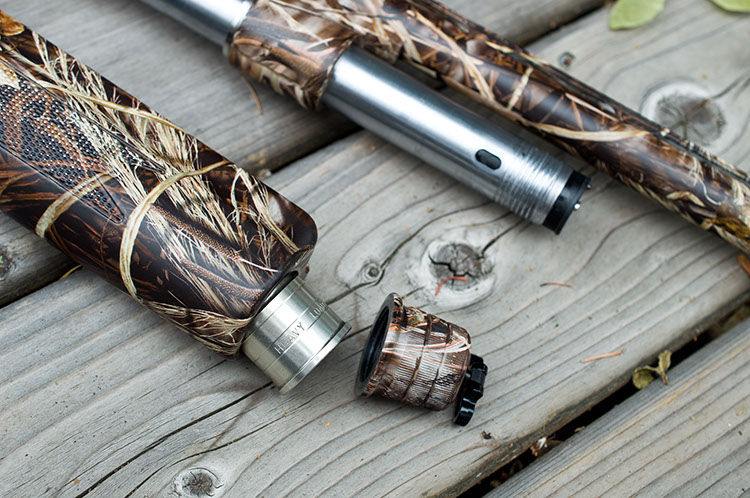 Offered up as ATA’s more conventional semi-automatic, gas-operated shotgun (compared to the unique operation of the Venza), the CY is also a much more plentiful gun, with a whopping 11 different models to the Venza’s six. At the basic three-inch-chambered end of the spectrum there’s the Camo models which feature either Realtree Max-5, Timber, Hardwoods or carbon fibre hydrographic finishes applied to synthetic stocks, or the ubiquitous basic black synthetic model. The 3.5-inch chambered offerings are similar, with the CY Super Magnum coming in either plain black or coated in RealTree Max-5 camo.

For those looking for a bit more flash than those models provide, the regular walnut-stocked models can be had with available green, bronze, grey, black and red receiver finishes (although the red model is anodized black with red highlights), while the Fonex model adds a glossy faux-burled finish to the woodwork and a high gloss black finish to the receiver. For the slug hunters out there, there’s also a walnut-stocked slug model with a shorter barrel and rifle sights, while the CY Modern models feature interchangeable engraved receiver plates affixes to the sides of the high gloss or matte-finished receiver and walnut furniture, for the blingiest of shooters. 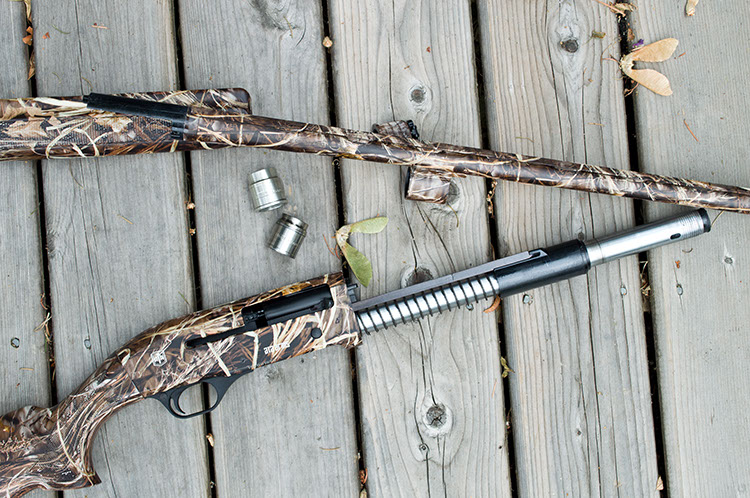 Of particular interest to us was the Tactical Camo model, which boasts a pistol gripped stock and a railed receiver, as well as a tall raised vent rib and a fibre optic bead. The entire thing is finished in a unique camo pattern and capped off with an extended choke. Overall, it’s very similar to the CY Tactical model, which boasts many of the same features but trades the camo finish for matte black and the vent rib/bead combo for rifle sights… but crucially also features a 7-round extended magazine, imbuing it with two too many rounds for our market’s legal semi-auto magazine capacity restrictions.Obviously with so many models available and the first shipments of guns only having just arrived, the selection available isn’t fully fleshed out in Canada quite yet, so we opted for what we assume will be one of the more popular variants this hunting season: The aforementioned Super Magnum in Realtree’s Max-5 pattern.

Now, the CY’s design will not come as a surprise to anyone familiar with conventional gas-operated semi-auto shotguns. A wad goes down the tube, and gas pressure is bled off the barrel into a gas cylinder within the fore-end, where a piston is subsequently pushed rearward. This actuates the beefy collar and attached action bars, and cycles the action, which is itself not dissimilar from a pump-action design. In the case of the CY, the piston used is dictated by the shotshells being fired, with a light load piston for target and light birdshot loads and a heavy load piston used for buckshot and more powerful shells. Conveniently, whatever piston isn’t in use is stored in the fore-end, behind the screw-down barrel retaining nut. 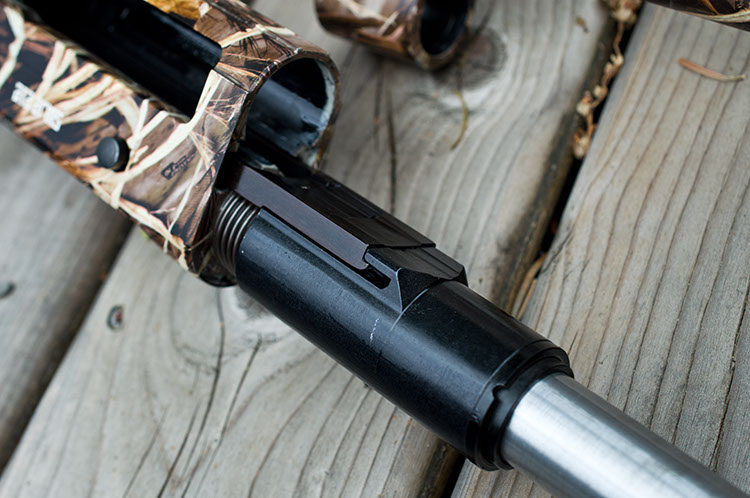 Once assembled the CY SuperMag feels like the vast majority of other hunting shotguns… which shouldn’t come as much of a surprise given it’s constructed like most others. It balances slightly ahead of the receiver, is easily carried, and all the important controls are right where you expect them to be. Like the Venza though, the carrier lock is disengaged by a lever to the side of the trigger rather than a button within the carrier itself.

One of the downsides to conventional gas guns has been their inability to cycle super light loads. It’s specifically why we always make sure to mention the lightest loads we could get to cycle. In the case of the CY, we couldn’t get it to cycle the same one-ounce light loads the Venza digested, but had no trouble with any particular brand of 1-1/8th ounce promo loads. We didn’t shoot the CY quite as much as the Venza, but noted that due to both the CY’s slightly lighter weight (2.9 kilograms as opposed to the Venza’s 3.2) and different gas system, the CY did demonstrate a bit more recoil. Of course, it was no worse than you’d find on any other conventional gas gun so that’s not to say it was unbearable, but when you have two shotguns at your disposal for a weekend’s worth of shooting you tend to trend towards the lesser recoiling of the two! 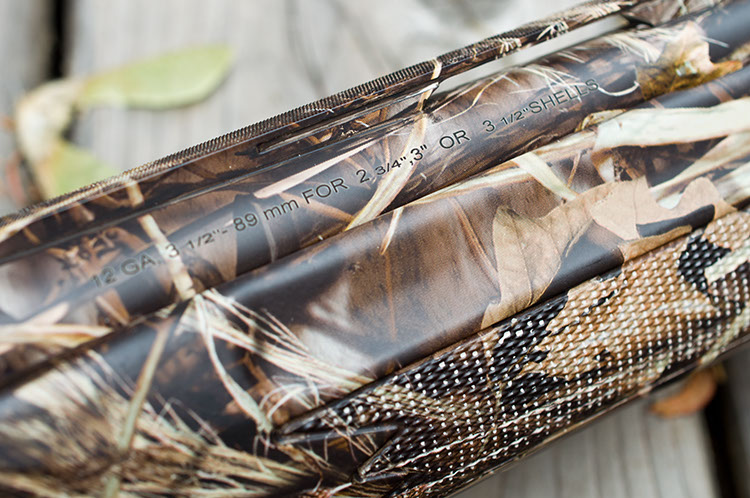 But we did put our shoulder to the test and loaded the CY up with a few harder-hitting loads, and while 3.5” shells will never be what we’d call a “fun time,” with the appropriate piston fitted the gun works flawlessly. The action doesn’t seem to beat itself up noticeably with even the heaviest of loads, and with the three included chokes and fit-adjusting shims, you really don’t need to purchase any additional accessories to get the gun into service this bird season.

So here’s what we haven’t told you about the CY this entire time: It is, basically, a Weatherby SA-08. However, the CY is available in a myriad more versions than the staid and simple Weatherby, and also features a few nice-to-have additions like a red fibre optic bead as standard and a machined red magazine follower. Also, the $950 (or less) ATA CY SuperMag model pictured here features licensed RealTree camouflage patterns, and will soon be joined by additional models including those Tactical and Red models. Further models beyond those are expected to be brought into the market as demand dictates and the brand grows. 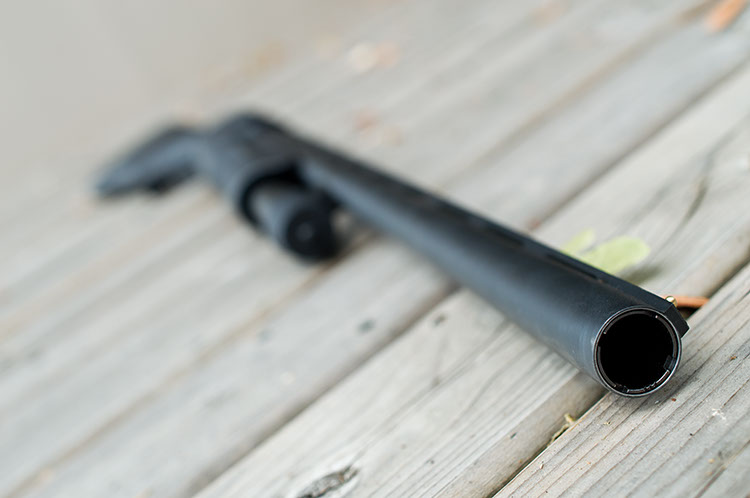 Which brings us to the entry-level ATA offering: the Etro. ATA’s pump-action offering, the Etro is manufactured in five different versions, the most commonly available version thus far in Canada is a special sixth model designed specifically for Canada: The Etro Canuck. A title encapsulating three sub-variants, the Canuck is the standard Etro action and receiver, fitted with a 28” barrel, and any one of three traditionally-shaped stock sets. The one pictured here is the basic synthetic model, which is joined by a Max-5 camouflage version and a matte-finished walnut version to round out the Canuck models. Other models entering the Canadian market include the Etro 8; a pistol-gripped version with a 14.5” stock, and the Etro 11 Tactical, which has an 18.5” barrel, a collapsing stock, and sights. 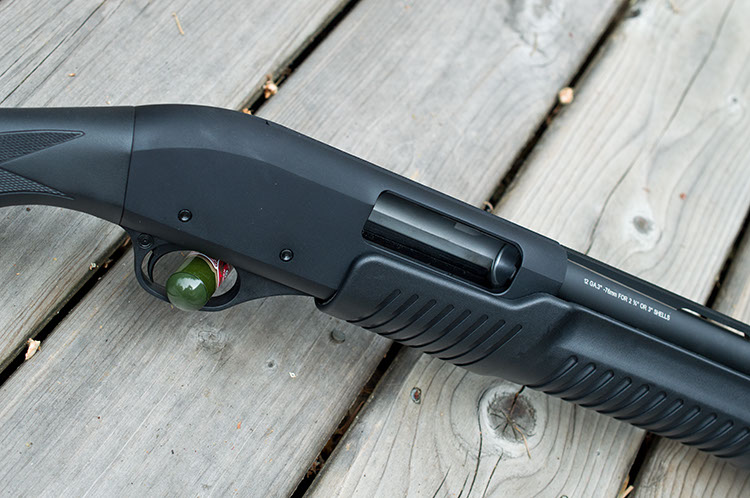 Like seemingly all pump-actions made since the Remington 870’s debut, the Etro is another rendition on that basic design. Two action bars, a simple bolt and bolt carrier assembly that locks up into the top of the barrel extension, with a similarly shaped trigger guard and an identical take-down procedure. So what’s different? 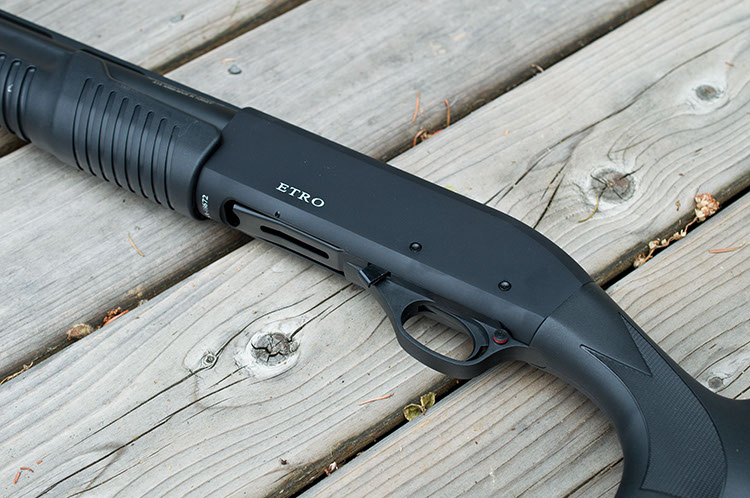 First off, it’s remarkably solid. While not as well finished as the 1957 Wingmaster we keep kicking around the office for test-bed and comparison purposes, it’s on par with or better than many of the newer 870 Express models we’ve laid our hands on over the past few years, and although some may consider the Etro to be a knock-off there’s something to be said for the instant familiarity that comes from borrowing the most popular shotgun design on earth. All the controls are exactly where you want them, and when it comes time to break it down for cleaning, you aren’t forced to head over to Youtube for a tutorial.

If we’re honest, the ATA Etro is exactly what you think it is. It’s not going to be the prized pump gun you cherish for decades and hand down to your children in precisely the same condition that you received it in. It’s going to be the gun that rattles around the back of your truck on your next camping trip. It’s the gun you hand your buddy who’s never shot a gun before. Or it’s the gun you take into the hunting blind next season after blowing the majority of your tax return on less responsible things. Because in the basic form pictured here, the Etro will set you back right around $380, while the camouflaged version generally runs $40 or so more.

So, do the CY and Etro pick up where the Venza left off? Somewhat. As something of a flagship semi-auto product, the Venza paired excellent quality with a unique operating system; something we’ve never seen from a Turkish shotgun before. Obviously being ATA’s more conventional offering the CY trades away some of that innovation in favour of familiarity, but still offers solid quality at great prices. 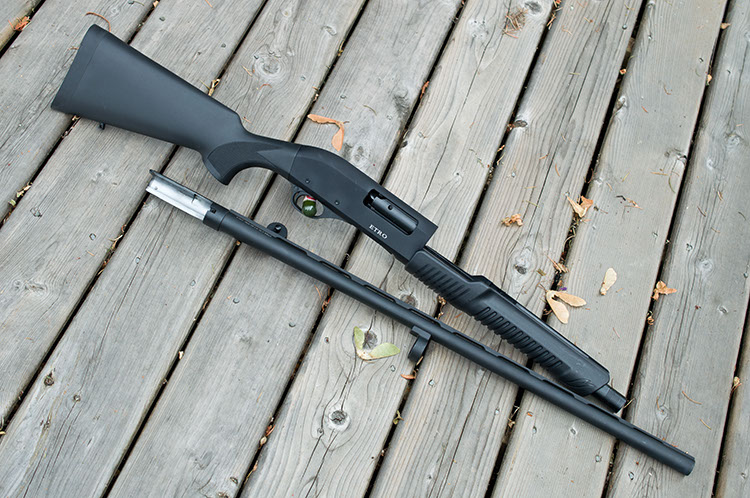 However, the ATA Etro is right in the midst of a market stuffed with pump-action competitors, including the Remington 870 Express and Mossberg 500. That said, it’s substantially cheaper than the Mossberg 590A1, Remington 870 Wingmaster, and Browning BPS offerings, so in which camp does the Etro reside?

Well, as we mentioned it simply doesn’t have the same level of overall finishing as the Wingmaster or Browning’s heirloom-grade BPS. However, it is a beefy, probably overbuilt shotgun that prioritizes function and reliability over finish and luxuriousness; not unlike the 590A1. Which makes its price point perfect, as it sits slightly above the less robust Mossberg 500 and far below the well-known 590A1. So if you’re in need of a low-buck pump gun this season or just want a new truck or boat gun, check one out.