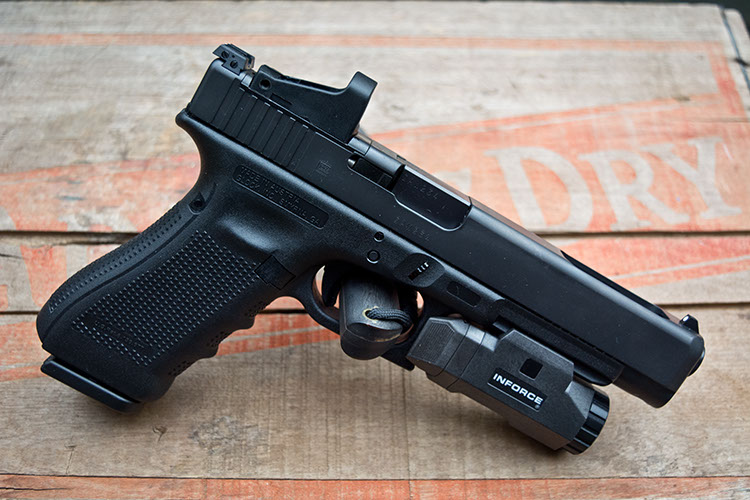 Although Bill C-21, Bill C-22 and the Order in Council firearms ban are going full speed ahead in the House of Commons, Alberta’s United Conservative Party is fighting back. The UCP passed Bill 211 late last week, which could potentially throw a monkey wrench in the federal government’s plans.

In mid-February, the Liberal-led federal government introduced Bill C-21, a mish-mash of a bill that included several gun control angles. The biggest surprise was wordage about allowing municipalities to restrict handgun usage and storage within their boundaries. This effectively lets cities ban handguns in their borders.

There are two big problems here. First, gun control is very much a federal issue, according to current law. Offloading responsibilities to the cities would shouldn’t be legally possible. Furthermore, even municipal politicians who are interested in new gun-banning powers say they don’t have the funding necessary to enforce those laws.

The second problem is, Bill C-21 effectively cuts provincial governments out of this process. As Alberta’s United Conservative Party says this “directly interferes with provincial jurisdiction by giving municipalities the power to create their own laws on handguns.” If the feds want to delegate gun control power to the cities, the provinces will want to have their say first.

To that end, UCP MLA Michaela Glasgo introduced Bill 211 as a private member’s bill, calling Bill C-21 “an overreach into provincial jurisdiction.”Basically, Bill 211 amends Alberta’s Municipal Government Act, stating municipalities do not have the power to pass laws about firearms unless authorized by the province.

“One of the responsibilities clearly defined in Canada’s Constitution is the province’s creation and the oversight of municipalities,” Glasgo said. “Bill 211 will set that right.”

Cutting through the Bill C-21 mess

Third reading went ahead last week for Bill 211. You can see the transcription from Alberta’s legislature here. MLA Glasgo opened third reading by saying “Alberta’s firearms owners deserve clarity on how they acquire, store, and use their personal property. We know that the current legislation being considered by the federal Liberals only makes that information murky for honest and law-abiding citizens across the country. The federal Bill C-21 also attempts to place an unnecessary burden on the 352 municipalities in our province. In addition to being constitutionally questionable at best, their poorly conceived idea is a direct challenge to the ideals that founded our nation, that our nation was a Confederation of provinces and territories with equal but separate division of legislative powers from the federal government.”

Now, the law is only waiting for the Lieutenant Governor of Alberta to grant royal assent. Stay tuned.

Saskatchewan already passed similar legislation to Bill 211, but what about the rest of Canada? If you want your provincial MLAs to consider similar action, then contact them yourself. Also, find out what the firearms rights organizations are doing in your area. You could also head over the the UCP site and sign their voter survey for Bill 211. You’re more likely to see support for similar actions elsewhere if there’s enthusiasm for the UCP’s move in Alberta.