The air rifle. Probably the first gun fired by most gun owners (and plenty of non-gun owners), it has a time honoured place in society; not quite threatening enough to dissuade worried mothers from allowing one in the house, not quite safe enough to be considered an outright toy. For many, the purchase of that first air gun offered a glimpse at the responsibilities of adulthood, from the cautious months spent saving allowance or newspaper pay cheques, to the stern warnings of how it should be stored and cared for. If you are thinking about getting an air rifle for the first time, then you should check out a website like https://knowpreparesurvive.com/gear/guns/best-pellet-bb-air-guns-hunting-self-defense/ for more helpful tips. 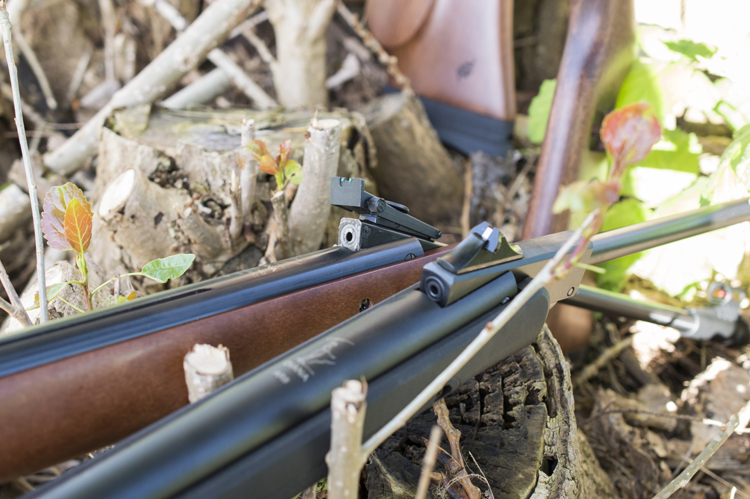 But for many, while air guns opened the door to a lifetime of firearms enthusiasm, actual air guns themselves are usually left behind; cast aside the moment that first .22LR shows up. The magic of an entirely self-contained cartridge, propellant, and projectile is simply too alluring. The ease of loading and firing, to say nothing of the satisfaction of watching the ejected brass hit the floor, is undeniable. But air guns have been making something of a resurgence of late, and while the original models many of us grew up with remain a staple in the industry, newer and more modern models are looking to bring gun owners back into the air rifle market.

Now, when it comes to anything related to guns in Canada, thereâ€™s obviously going to be some regulation and air guns are no different. According to the RCMP, air guns fall into four categories. The first is air guns that are considered firearms for the purposes of both the Criminal Code and the Firearms Act. These are high-powered air guns that have a muzzle velocity of over 500 feet per second and a high muzzle energy of 4.2 foot pounds or more. So while the average 8-grain .177 pellet travelling 499 feet per second delivers 4.42 foot pounds of energy, the gun that fired it is not considered a firearm because it does not exceed both the energy and speed limits. 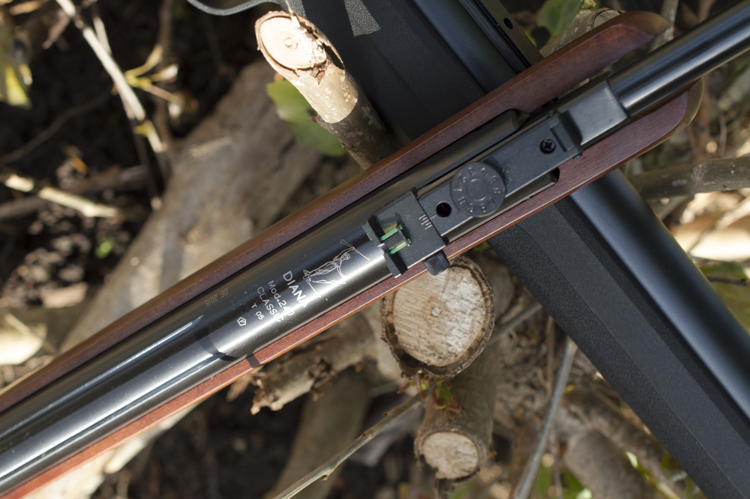 If an air gun does not exceed both the velocity and energy requirements outlined above, it still meets the definitions of a firearm within the Criminal Code, but is deemed to not be a firearm for certain purposes of the Firearms Act and Criminal Code. In other words, these low-energy air guns are exempt from certain sections of both the Criminal Code and Firearms Act; namely those sections that pertain to safe storage, transport, handling and licensing. So you can buy a low-energy air gun with no PAL and store, transport, and handle it however youâ€™d like. However, if such a gun is used in the commission of a crime to threaten or assault someone, charges pertaining to the use of a firearm in the commission of a crime will apply.

The next category of air guns is perhaps the most contentious: Replicas. These are any air gun that is designed to resemble a real gun. These are prohibited. Notably, there are no energy requirements for these; so long as it was designed to look like a real gun, itâ€™s illegal. Hence why so many airsoft guns come out of the box with orange-painted muzzles. However, there are some places that similar to somewhere like bespokeairsoft that gives their air guns a completely different color such as blue and black or beige. Which brings us to the final category: air guns that are neither replicas nor firearms. These are low-energy air guns that are not replicas and are exemplified by the various childrenâ€™s toys out there. 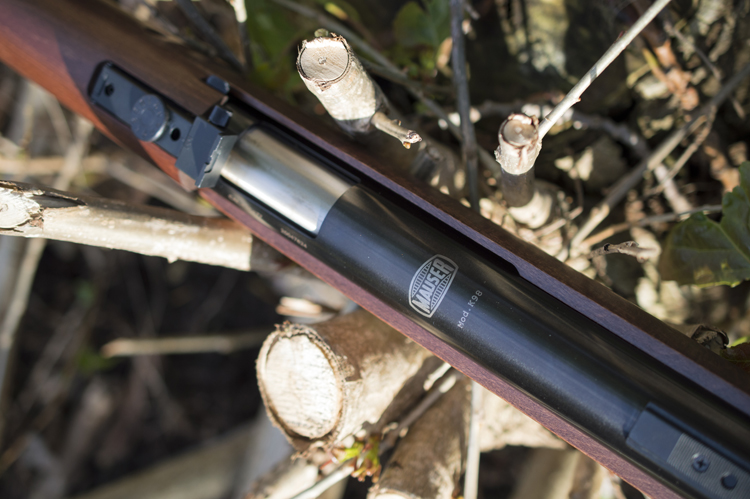 Because they are available in everything from soft-shooting airsoft guns to high powered gopher getters, many people consider air guns to be something of a novelty; theyâ€™re almost never given the same level of respect as so-called â€œrealâ€ firearms. Even though these can be used for Airsoft games, it is important to understands how to use these safely. You don’t want to just buy any air gun just for the sake of it. It is best to do your research into this, especially if you are planning on letting your kids use something like this. Why not check out this link for more information.

But consider this: An air gun releases pressurized air behind a pellet or bb to propel it forward. In a cartridge-based firearm, the powder is ignited, which essentially creates a large volume of pressurized air behind the bullet to propel it forward. In both cases, youâ€™re merely using a pressure front to shove a projectile down a bore. So whatâ€™s are some of the upsides and downsides to air guns?

Well, air guns are bigger. Thatâ€™s just a fact. To get even close to the performance offered by a .22LR takes a lot of pressurized air. To come close to that level of performance for multiple shots takes even more air. So high-powered air guns end up with relatively large air tanks. Furthermore, if the gun is self-contained, youâ€™ll need a pump on board, which means a large piston and lever to actuate it. That adds even more weight. A high-performance side-cocking air rifle like the Dianaâ€™s pictured here weighs almost nine pounds as a result. And of course thereâ€™s the convenience factor.

On the plus side, theyâ€™re often quieter, and cheaper to own. Excepting some of the highest performance air guns used in competitive shooting (which have slightly more rigorous maintenance schedules), most air guns do not need to be cleaned nearly as frequently as the average .22LR rifle, and purchasing pellets is a lot cheaper: 500 pellets can be found for $15 or less from any number of retailers. Thatâ€™s less than half the price of comparable .22LR ammunition.

What to look for

Due to their wide variety of purposes, from small game hunting to very serious, Olympic-level target shooting, thereâ€™s a massive amount of air guns on the market that offer a variety of features. Which one appeals to you will depend on what you plan to do with it. They all fall into three basic types though: Pneumatic air guns, CO2 air guns, and spring-piston air guns. 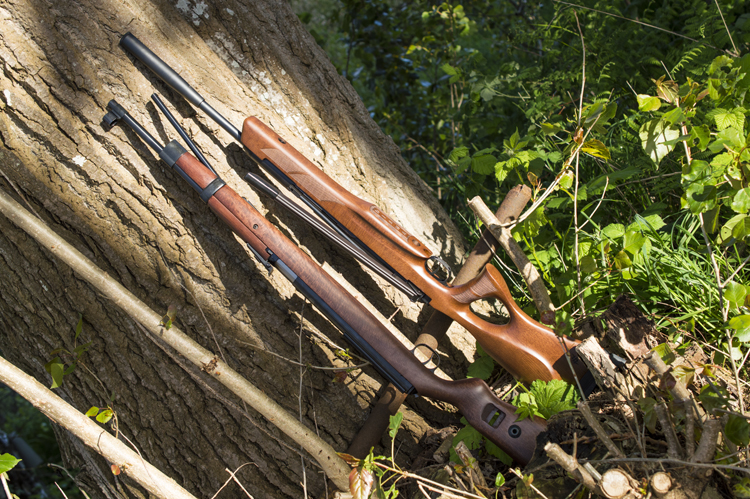 Pneumatic air guns are typically those used in most competition formats and for some hunting. These are guns where the pellet is propelled down the bore by pressurized on-board air. How that air is pressurized, however, can make all the difference. Multi-stroke pneumatic guns, for example, can obtain moderate velocities for hunting purposes, but they often require between two and ten strokes to reach optimal pressure levels. That means you arenâ€™t getting a follow-up shot. Furthermore, the number of strokes invites inconsistency, leading to inaccuracy.

To avoid this, most competition air guns use a single-stroke system, or a pre-charged system that uses a tank thatâ€™s filled from a separate air pump to a given pressure level. Due to their lack of relatively power, most successful single-stroke systems are used in pistols, where the target distance is limited while target rifles use the pre-charged systems. However, the ease of use and growing popularity of air guns in markets that do not allow conventional firearm ownership has pushed this technology into the mainstream, and more and more pre-charged hunting and plinking rifles are coming into the market. However, they are more expensive, and take more work to get back up and running when the reservoir is depleted.

The next sort of gun takes a similar idea but trades air for disposable CO2 canisters. This makes them easy to use, easy to recharge, and relatively consistent. However, it adds cost, and invites inconsistency based on the temperature of the canister. At room temperature, most 12-gram CO2 canisters contain 900-1000 psi, but if the temperature of the canister is changed then so too is the pressure they deliver, and with it the point of impact. As a result, serious target shooters will always allow one to two hours inside the range without shooting in order to allow the canisters and gun to acclimatize temperature-wise and only then will they begin the process of sighting in. 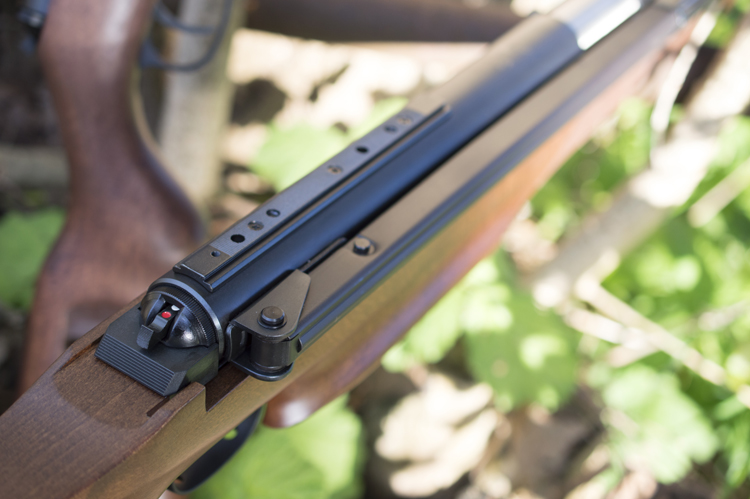 Finally, we have the most popular form of air gun: the spring-piston gun. Every one of the guns pictured here are spring piston air guns. These guns use a large cocking lever (usually side- or under-cocking levers or the barrel itself) to set a piston inside a bore against a large spring. When the trigger is depressed, the spring and piston are released, pushing air into the bore and propelling the pellet downrange. These rifles are easy to manufacture, somewhat more affordable as a result, and extremely long-lived due to their simple nature. Also, for legality, manufacturers can easily tune the spring pressure to ensure pellet velocities remain consistent.

While most will opt for a simple spring-piston gun, thereâ€™s a lot of variability even within that single type; from highly-tuned target/hunting models to fun plinkers. One of the oldest manufacturers of air guns, Diana, offers something for everyone in their lineup and these four are good examples of how wide the breadth of offerings can be within a single type of gun.

For the plinker or those looking to bring new shooters into the fold, the 240 Classic is a prime example of one of the most timeless designs, using the familiar break-barrel design to throw pellets at 495 feet per second. As a result, no PAL is required to purchase a 240 Classic, and they can be found for roughly $250 retail. But with its relatively low energy level, we recommend using it for simple pop can plinking; it just doesnâ€™t have the power to hunt even small game ethically. 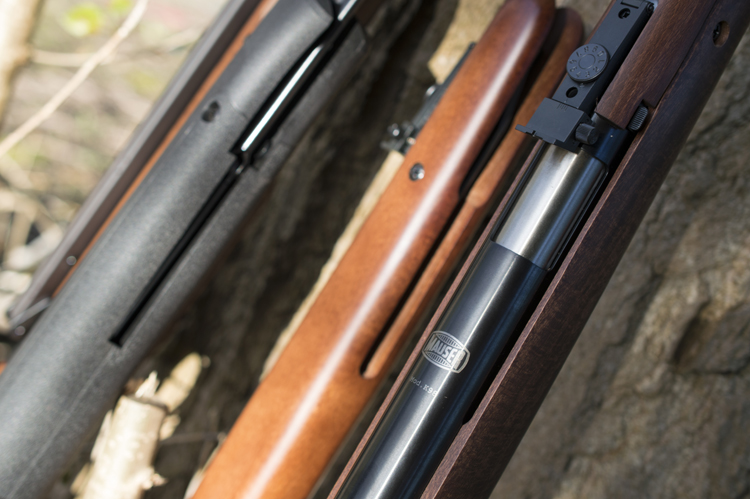 The Mauser-licensed K98 rifle and AR8 N-Tec both offer plenty of fun in two very different packages. The Mauser is obviously designed to resemble the famous K98k rifle issued to German troops in the Second World War, while the AR8 N-Tec is styled to resemble a Blaser R8 Tactical rifle. Like the 240 Classic the AR8 uses the barrel as the lever to cock the action, which unlike the 240 Classic, throws a .177 pellet downrange at 1320 feet per second; even faster than the average .22LR load. The Mauser, which features a lever that unfolds from underneath the action, is slightly slower at 1150 feet per second. Both rifles would be excellent for both informal target practice and small game hunting.

Finally, for the dedicated target shooter or hunter, something like the 56 Target Hunter, or 56TH is the most dedicated offering. Heavier, with the same fixed barrel action as the Mauser and a side-folding lever, the 56TH will launch a pellet at the same velocity as the Masuer, but is tuned for accuracy with additional features like a match-grade trigger, muzzle brake, and a recoilless action that slides on rails in the stock. 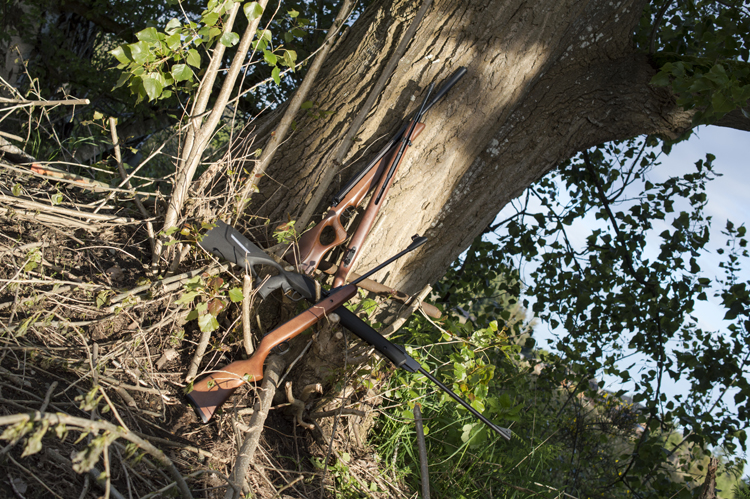 Air rifles arenâ€™t just toys. Yes, plenty of them are, as any airsoft aficionado could tell youâ€¦ but with the advances made over the past few years theyâ€™re no longer the crappy childrenâ€™s toys you might remember. Long gone are the days of endless pumping followed by inconsistent shooting; with modern machining and sealing capabilities companies like Diana are seeing a global resurgence, which in turn is driving them to create newer and better rifles. And although we arenâ€™t replacing any of our rimfire rifles just yet, weâ€™ve had a ton of fun reliving our childhood with these affordable air guns, and can definitely see a bright future ahead for air rifle manufacturers.